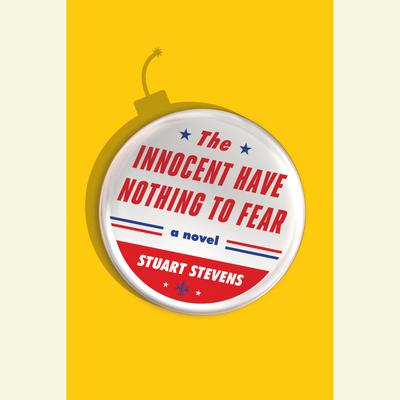 The Innocent Have Nothing to Fear

A dark comedy set at a contested Republican convention, written by a veteran political insider—the funniest and most prescient novel about politics in years.

“[Stevens] brings a full arsenal of gifts to this enterprise: humor, tactile prose and an insider’s knowledge of the hardball tactics employed on the campaign trail…. By far the most interesting parts of this novel are the behind-the-scenes accounts of the tactical and strategic maneuvering of political operatives …Stevens is a terrific raconteur — funny, observant and highly entertaining.” –Michiko Kakutani The New York Times

New Orleans in July: it's hot and sticky and squalid. J. D. Callahan is in the middle of the political race of his life and displeased to be back in his hometown. His candidate, the sitting vice president, is neck and neck with an anti-immigrant, right-wing populist as the Republicans head into their first brokered convention in decades on the heels of a staggering global economic crisis. Soon after a series of dye bombs set off a mass panic and tilt the convention toward the vice president’s law-and-order opponent, J. D.’s estranged brother shows up and asks for an inconvenient favor at a most inconvenient time, threatening to reveal a family secret that would ruin the legacy of their civil rights journalist father and destroy J. D.’s own reputation if he doesn’t follow through.

As J. D. scrambles to contain the damage on all sides, he finds himself contending with a sexy, gun-toting gossip columnist, an FBI agent convinced that J. D. is devious enough to set the bombs himself, and an old corrupt political friend of his late father with a not-so-hidden agenda. For the first time ever, J. D. is forced to reconcile the political career he’s always put first with the past he’s tried to leave behind as they careen toward each other on a disastrous collision course he may not be able to stop.

Hilarious and remarkably sharp, Stuart Stevens’s The Innocent Have Nothing to Fear is an endlessly enterTaining whodunit and a brilliant satire of our political culture.