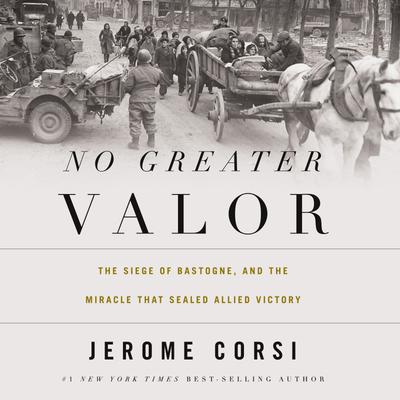 The Siege of Bastogne and the Miracle That Sealed Allied Victory

Jerome Corsi’s newest opus, No Greater Valor, examines the Siege of Bastogne—one of the most heroic victories of WWII—with a focus on the surprising faith of the Americans who fought there.

In December of 1944, an outmanned, outgunned, and surrounded US force fought Hitler’s overwhelming Panzer divisions to a miraculous standstill at Bastogne. The underdogs had saved the war for the Allies. It was nothing short of miraculous.

Corsi’s analysis is based on a record of oral histories along with original field maps used by field commanders, battle orders, and other documentation made at the time of the military command. With a perspective gleaned from newspapers, periodicals, and newsreels of the day, Corsi paints a riveting portrait of one of the most important battles in world history.