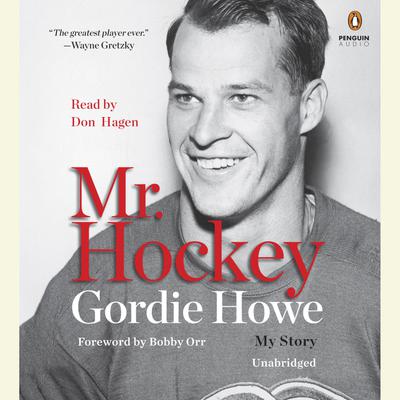 THE DEFINITIVE AUTOBIOGRAPHY OF A SPORTS LEGEND

The NHL may never see anyone like Gordie Howe again. Known as Mr. Hockey, he led the Detroit Red Wings to four Stanley Cups and is the only player to have competed in the league in five different decades.

In Mr. Hockey, the man widely recognized as the greatest all-around player the sport has ever seen tells the story of his incredible life...

Twenty consecutive seasons among the top five scorers in the NHL. One hundred points after the age of forty. Playing for Team Canada with his two sons. Gordie Howe rewrote the record books. But despite Howe’s unyielding ferocity on the ice, his name has long been a byword for decency, generosity, and honesty off of it.

Going back to Howe’s Depression-era roots and following him through his Hall of Fame career, his enduring marriage to his wife, Colleen, and his extraordinary relationship with his children, Mr. Hockey is the definitive account of the game’s most celebrated legacy, as told by the man himself.