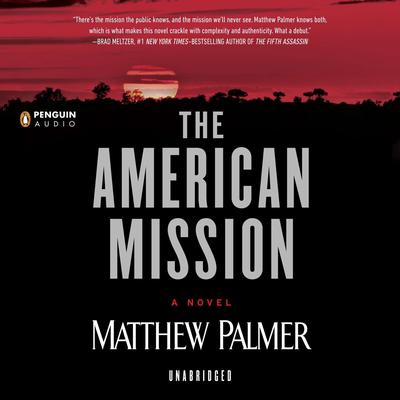 “There's the mission the public knows, and the mission we'll never see.  Matthew Palmer knows both, which is what makes The American Mission crackle with complexity and authenticity.  What a debut.”

Global headlines come to life as intrigue and international politics collide in the Congo in this electrifying debut thriller from Matthew Palmer.

After a devastating experience in Darfur strips Alex Baines, former rising star of the State Department, of his security clearances, he is faced with two choices: spend the rest of his career in visa-stamping limbo or move to the private sector. On the verge of resigning, he receives a call from his old mentor with an incredible opportunity to start over, restoring both his security clearances and his reputation.

The job isn’t quite what Alex imagined it to be when he finds a shady U.S.-based mining company everywhere he turns.

As violence in the political climate escalates, Alex struggles to balance the best interests of the United States with the fate of the Congo and its people. His loyalties are put to the test as he races to determine the right course of action.