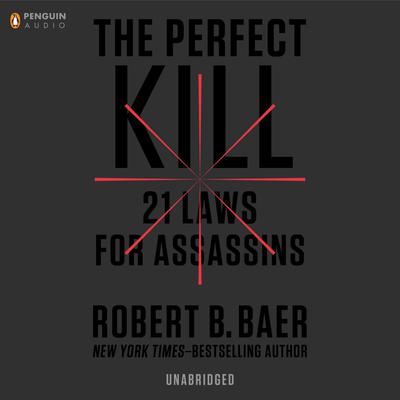 What is the definition of assassination? Robert B. Baer’s boss at the CIA once told him, “It’s a bullet with a man’s name on it.” Sometimes assassination is the senseless act of a psychotic, a bloodletting without social value. Other times, it can be the sanest and most humane way to change the course of conflict—one bullet, one death, case closed. Assassination has been dramatized by literature and politicized by infamous murders throughout history, and for Robert Baer, one of the most accomplished agents to ever work for the CIA, it’s a source of endless fascination, speculation, and intrigue.

Over several decades, Baer served as an operative, from Iraq to New Delhi and beyond; notably, his career was the model for the acclaimed movie Syriana. In The Perfect Kill, he takes us on a serpentine adventure through the history of political murder; its connections to, and differences from, the ubiquitous use of drones in state-sponsored killing; his firsthand experience with political executions; and his decades-long cat-and-mouse hunt, across the Middle East and Europe, for the most effective and deadliest assassin of the modern age. A true maverick with an undeniably captivating personal story, Baer pulls back the curtain on the underbelly of world politics and the quiet murderers who operate on the fringe of our society.