“Original and stunning! A very small little weird book! One review called it a domestic horror! Is that a thing? It is a perfect description. A dark humor, domestic horror! You won't be able to look away, even though you may want to...So well read! The reader hit all her marks!”

“With depravity, psychological acuity, and social commentary in Palahniukan proportions, Ainslie Hogarth secures a spot in the vaulted though admittedly slight canon of the domestic-horror-comedy. Callback jokes become disturbing mantras and prose dips into feverish stream-of-consciousness as our lovers sink deeper into the idic heart of hetero-patriarchal culture, where devotion becomes desperation and the lines between mother, child, and husband grow hazy. Adina Verson's reading is perfect, beginning with the intonation of a quirky girl-next-door and gaining in delirium alongside the narrative, hammering on repeated phrases until they burn into your ears. I had to stop what I was doing for the story's climax, lying on my bed in rapt attention for the last 45 minutes. The tonal fluidity and constantly retooled motifs make each paragraph a surprise, along with the most laugh-out-loud upsetting similes I've ever read. Here, I'll try one: Motherthing is droll, approachable, and on closer inspection, utterly raw, like a New Yorker cartoon drawn in menstrual blood.”

“A dark and haunting story of family dysfunction, Motherthing has a narrator so good, you will drive around the block a few times to avoid pausing this novel that feels like a terrible dream you can't wake up from. If you liked Nightbitch, you will love Motherthing.”

A darkly funny take on mothers and daughters, about a woman who must take drastic measures to save her husband and herself from the vengeful ghost of her mother-in-law

When Ralph and Abby Lamb move in with Ralph’s mother, Laura, Abby hopes it’s just what she and her mother-in-law need to finally connect. After a traumatic childhood, Abby is desperate for a mother figure, especially now that she and Ralph are trying to become parents themselves. Abby just has so much love to give—to Ralph, to Laura, and to Mrs. Bondy, her favorite resident at the long-term care home where she works. But Laura isn’t interested in bonding with her daughter-in-law. She’s venomous and cruel, especially to Abby, and life with her is hellish.

When Laura takes her own life, her ghost haunts Abby and Ralph in very different ways: Ralph is plunged into depression, and Abby is terrorized by a force intent on destroying everything she loves. To make matters worse, Mrs. Bondy’s daughter is threatening to move Mrs. Bondy from the home, leaving Abby totally alone. With everything on the line, Abby comes up with a chilling plan that will allow her to keep Mrs. Bondy, rescue Ralph from his tortured mind, and break Laura's hold on the family for good. All it requires is a little ingenuity, a lot of determination, and a unique recipe for chicken à la king…

AINSLIE HOGARTH is the author of three novels. She lives in Canada. 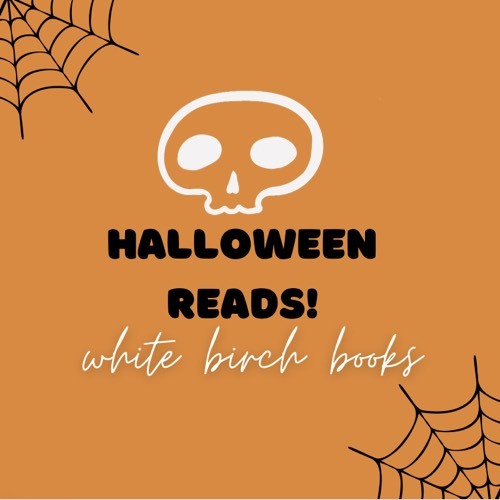 “This haunting is deliberate, unsettling, and reads like the sensation you get after licking a battery—sharp and bitter but intriguing. Turn to it when you want something different, when you’re done with the traditional ghost story and need something unusual to sink your teeth into.”
—The Big Thrill

“Okay, friends, now hold on to your butts. This is one of those books that I finished and then thought, “I love this—what the hell is wrong with me??!” This book is DISTURBING AF. But it’s also so freaking original and funny. . . . Like I said, this book is remarkably upsetting, but I also thought it was amazing. So much, that I just got Hogarth’s last book, The Boy Meets Girl Massacre.”
—Liberty Hardy, Bookriot

“This novel is bursting with smart, provocative, heart-breaking things to say about the nature of grief and its ability to take up just as much—if not more—physical space than the actual person lost. Motherthing is gory and irreverent and totally irresistible—I can’t wait to see what Hogarth spooks us with, next.”
—Courtney Maum, author of Touch and Costalegre

"A grim, disturbing novel of family drama and mental illness, yet a bizarrely funny glimpse into one woman’s mind. . . . Motherthing keeps readers as unstable as its narrator, struggling to manage the traumas and the waves of emotion. . . . The result of these roiling thoughts and images is a darkly comic, kaleidoscopic novel of unhealthy fixations, love, murder, the gifts and wounds that family can inflict and one woman’s fight to save herself."
—CrimeReads

"As [Motherthing] ramps up, it quickens and amps up the grotesque. The end is spectacular. Sometimes books like this will crumble under the weight of themselves, but Hogarth never missteps. As spooky season gets underway, this was the perfect book to get into the spirit."
—The Big Smoke

“Hogarth’s way with words enlivens every page of this psycho romp. . . . Her fearlessness and utter lack of inhibition animate the desperate longing and bitter trauma at the heart of this ghost story, administered with a steady drip of comic relief. Profane, insane, hilarious, disgusting—and unexpectedly moving.”
—Kirkus Reviews **starred review**

“A darkly comic, kaleidoscopic novel of unhealthy fixations, love, murder, the gifts and wounds that family can inflict and one woman's fight to save herself.”
—Shelf Awareness

“Fierce and unexpected, this darkly comedic horror is an exploration of how we haunt ourselves and how we allow others to haunt us, especially those closest to us. A crass narrator and an unraveling plot, coupled with subtext on sensitive and relatable topics, bring a dose of reality to what is otherwise a delightfully unhinged romp through domestic hell.”
—Rue Morgue Magazine

“If you took Jane Fonda’s character from the 2005 film Monster-in-Law, made her an angry ghost, and mixed that with Neil Gaiman’s Coraline, you might get Hogarth’s new novel. . . . Fans of Jeff Strand, Grady Hendrix, and other dark-humor takes on horror will enjoy Motherthing.”
—Booklist

"Deeply dark and often funny. . . . Motherthing can be a difficult book to read on an emotional level, given Abby’s frustratingly optimistic “I can fix him/it/this” attitude, but its scares and surprises are well worth the discomfort it causes—as well as the sleepless nights it will engender."
—Bookpage Expand reviews