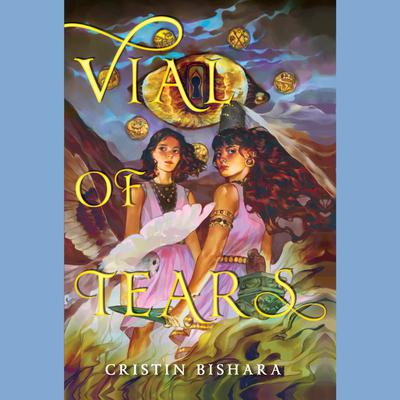 Two sisters become trapped in the underworld--and in the machinations of deities, shapeshifters, and ghouls--in this lush and dangerous Phoenician mythology-inspired fantasy.

Sixteen-year-old sisters Samira and Rima aren't exactly living the dream. Instead, they live with their maddeningly unreliable mother in a rundown trailer in Michigan. Dad's dead, money's tight, and Mom disappears for days at a time. So when Sam's grandfather wills her the family valuables--a cache of Lebanese antiquities--she's desperate enough to try pawning them before Mom can.

But she shouldn't. Because one is cursed, forbidden, the burial coin of a forgotten god. Disturbing it condemns her and Rima to the Phoenician underworld, a place of wicked cities, burning cedar forests, poisoned feasts of milk and lemons, and an endless, windless ocean.

Nothing is what it seems. No one is who they say. And down here, the night never ends.

To get home--and keep her sister safe--Sam will have to outwit beautiful shapeshifters, pose as a royal bride, sail the darkest sea... and maybe kill the god of death himself.