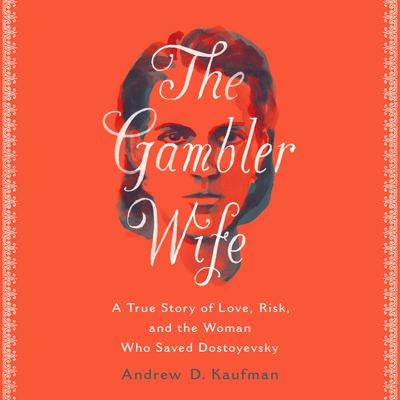 A True Story of Love, Risk, and the Woman Who Saved Dostoyevsky

In the fall of 1866—against the backdrop of Russia's first feminist movement—an independent-minded young stenographer named Anna Snitkina went to work for a writer she idolized: Fyodor Dostoyevsky. The volatile and visionary novelist was already a celebrated literary provocateur, yet Anna found him "terribly unhappy, broken, tormented," sickened by epilepsy, anguished by the recent loss of his wife—and in thrall to a gambling addiction that kept him on the verge of emotional and financial ruin.

Shocked by his condition, the strong-willed Anna quickly became his confidante, then his wife, and soon his manager—launching one of literature's most turbulent and fascinating marriages. Now, for the first time, The Gambler Wife gives us a rich and psychologically acute portrait of the complex power dynamic between the tortured Fyodor, who created his greatest works (including The Possessed and The Brothers Karamazov) under her care, and the courageous Anna, who inspired Dostoyevsky, directed his career—and became the first woman in Russia to run her own publishing house.

Full of dramatic set pieces, and drawing on a trove of unseen writings, The Gambler Wife is a story of love, addiction, and redemption, and a rediscovery of a woman whose pioneering life has long been obscured by literary historians.