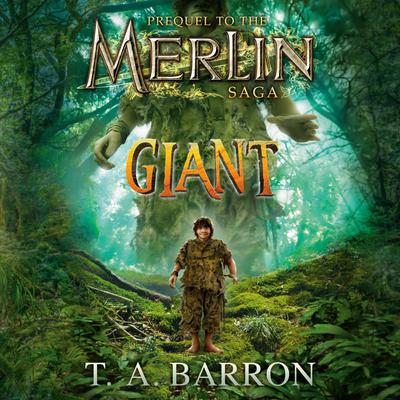 The Unlikely Origins of Shim

A prequel to the bestselling Merlin saga starring Shim, a young giant who must embark on a dangerous adventure when he's shrunk to the size of a man's knee.

Read it before you see it! The Merlin saga is soon to be a major motion picture!

Shim has only ever known a world of peace. Unusually big and strong even for a young giant, he lives on the magical isle of Fincayra, immersed in nature as well as tales of wizards, mer folk, and dragons.

Suddenly that world explodes in chaos. A terrible attack forces Shim and his mother to flee — and take a hazardous journey to reach the only person who could possibly help them, the mysterious Domnu. But when a wager goes horribly wrong, Shim shrinks down to a tiny fraction of his size. Now only as tall as a man’s knee, he finds himself lost in a deadly swamp. Worse yet, he has forgotten something important, something truly essential. But what?

As small as he is now, Shim must find giant-size courage. He embarks on a perilous quest to discover what happened, what secret he forgot, and what it really means to be a giant.

Combining his trademark passion, adventure, and spiritual depth, T. A. Barron tells the origin story of this beloved character from his highly acclaimed, international bestselling series, The Merlin Saga. As the Prequel to the Saga, this story is as big as a giant... and as magical as Merlin. 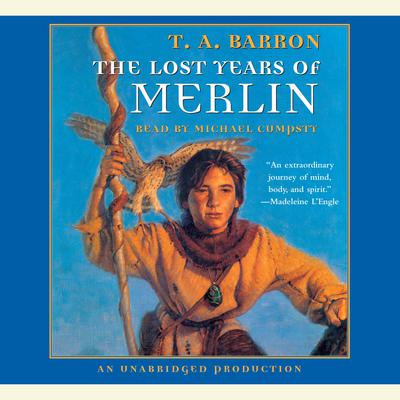 The Lost Years of Merlin

Spat out by the sea, the boy lay on the rocks, as still as death. Even if he survived the day, he had no home. No memory. And no name.

So begins the tale of the strange young boy, who having washed up on the shores of ancient Wales, is determined to find his real home and his true name. One day he will become the greatest wizard of all time, but... Read more »

A prequel to the bestselling Merlin saga starring Shim, a young giant who must embark on a dangerous adventure when he's shrunk to the size of a man's knee.

Read it before you see it! The Merlin... Read more »