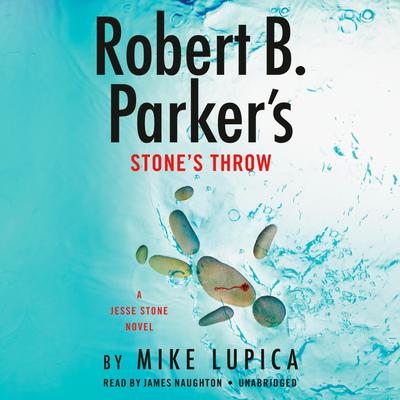 The town of Paradise receives a tragic shock when the mayor is discovered dead, his body lying in a shallow grave on a property on the lake. It's ostensibly suicide, but Jesse's has his doubts . . . especially because the piece of land where the man was found is the subject of a contentious and dodgy land deal.

Two powerful moguls are fighting over the right to buy and develop the prime piece of real estate, and one of them has brought in a hired gun, an old adversary of Jesse’s: Wilson Cromartie, aka Crow.  Meanwhile, the town council is debating if they want to sacrifice Paradise’s stately character for the economic boost of a glitzy new development. Tempers are running hot, and as the deaths begin to mount, it’s increasingly clear that the mayor may have standing in the wrong person’s way. 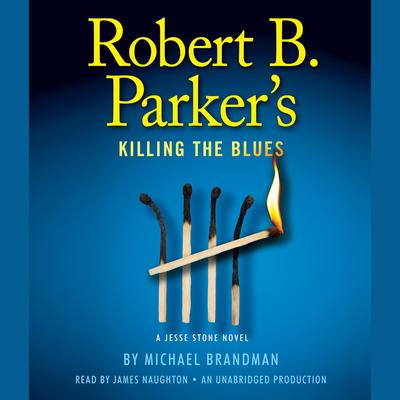 Robert B. Parker's Killing the Blues

The Jesse Stone stories continue even after Robert B. Parker’s passing with Killing the Blues.  In this novel, Jesse Stone is faced with what begins as a rash of stolen cars and escalates into arson and murder as Stone uncovers how deep this crime wave really goes.  All the while, Paradise, Massachusetts is preparing for summer tourism with th Read more »e... 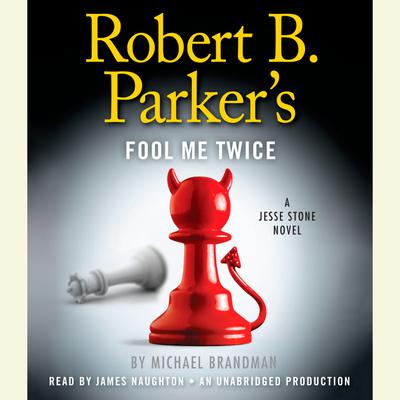 Autumn in Paradise, Massachusetts, is usually an idyllic time—but not this year. A Hollywood movie company has come to town, and brought with it a huge cast, crew, and a troubled star. Marisol Hinton is very beautiful, reasonably talented, and scared out of her wits that her estranged husband’s jealousy might take a dangerous turn. When sh Read more »e... 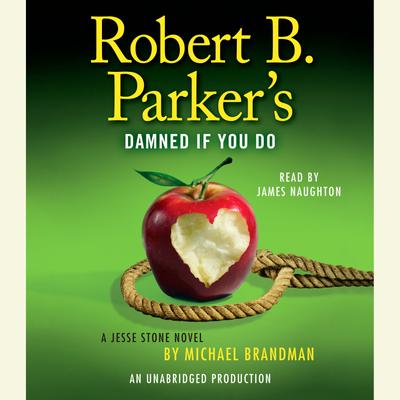 Robert B. Parker's Damned If You Do
Michael Brandman

Robert B. Parker's Damned If You Do

The woman on the bed was barely out of her teens. She wasn’t exactly beautiful, but she’d tried to make the most of her looks. And now, alone in a seedy beachfront motel, she was dead.

Paradise Police Chief Jesse Stone doesn’t know her name. Whoever she is, she didn’t deserve to die. Jesse starts digging, only to find himself caught in th Read more »e... 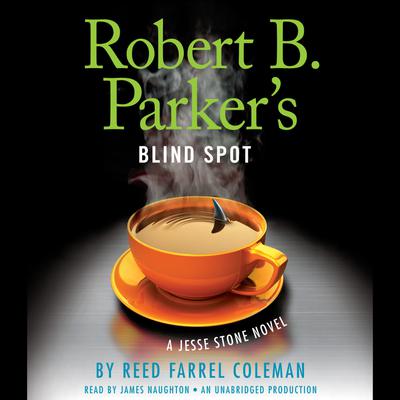 Police Chief Jesse Stone is back in the remarkable new installment of the New York Times–bestselling series.

It’s been a long time since Jesse Stone left L.A., and still longer since the tragic injury that ruined his chances for a major league baseball career. When Jesse is invited to a reunion of his old Triple-A team at a hip New York cit Read more »y... 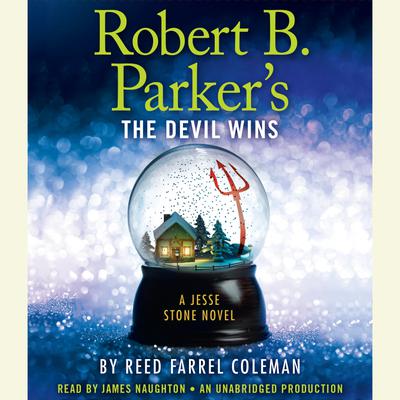 Robert B. Parker's The Devil Wins

In the wake of a huge storm, three bodies are discovered in the rubble of an abandoned factory building in an industrial part of Paradise known as The Swap. One body, a... Read more » 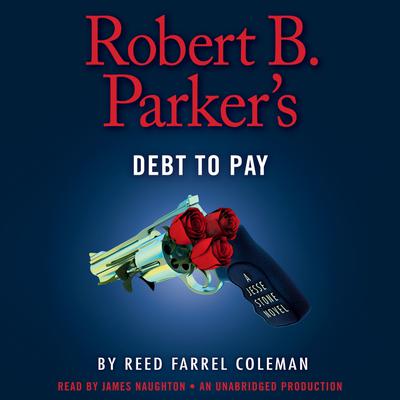 Robert B. Parker's Debt to Pay

All is quiet in Paradise, except for a spate of innocuous vandalism. Good thing, too, because Jesse Stone is preoccupied with the women in his life, both past and present. As his ex-wife, Jenn, is abou Read more »t... 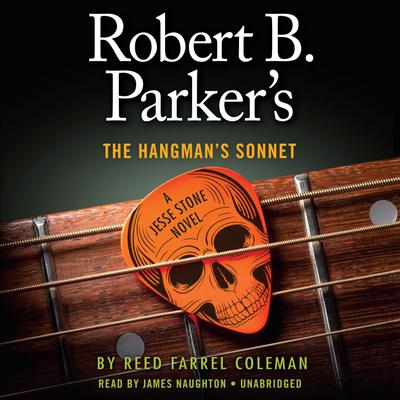 Robert B. Parker's The Hangman's Sonnet

Jesse Stone, still reeling from the murder of his fiancée by crazed assassin Mr. Peepers, must keep his emotions in check long enough to get through the wedding day of his loyal protégé, Suitcase Simpson. The morning of th Read more »e... 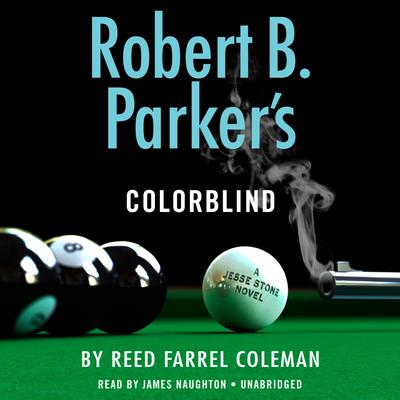 Police chief Jesse Stone returns in the newest novel in Robert B. Parker's New York Times--bestselling series, and his newest case hits right at the heart of the Paradise police force.

Jesse Stone is back on the job after a stint in rehab, and the road to recovery is immediately made bumpy by a series of disturbing and apparently raciall Read more »y... 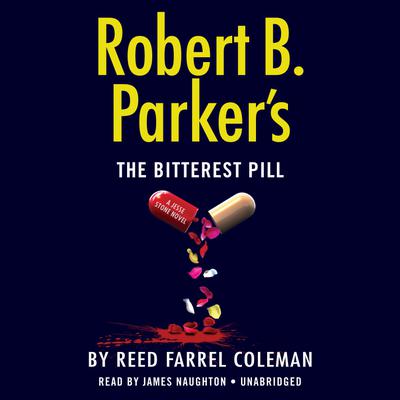 Robert B. Parker's The Bitterest Pill

The opioid epidemic has reached Paradise, and Police Chief Jesse Stone must rush to stop the devastation in the latest thriller in Robert B. Parker's New York Times-bestselling series.

When a popular high school cheerleader dies of a suspected heroin overdose, it becomes clear that the opioid epidemic has spread even to the idyllic town o Read more »f...

The town of Paradise receives a tragic shock when the mayor is discovered dead, his body lying in a shallow grave on a property on the lake. It's ostensibly suicide, but Jesse's has his doubts . . . especially because the piece of land wher Read more »e... 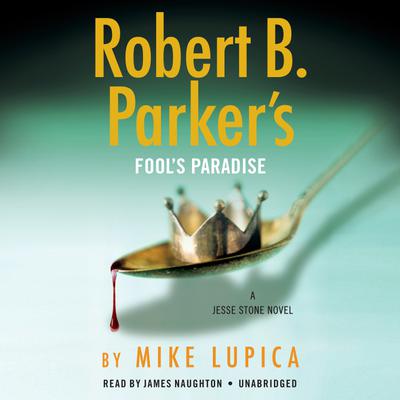 When a body is discovered at the lake in Paradise, Police Chief Jesse Stone is surprised to find he recognizes the murder victim--the man had been at the same AA meeting as Jesse the evening before. Bu Read more »t... 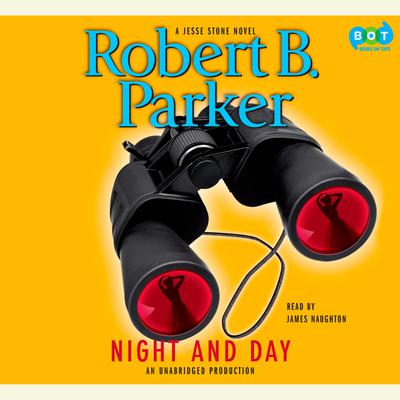 Night and Day
Robert B. Parker

By: Robert B. Parker
Narrated by: James Naughton
Length: 5 hours 2 minutes
Abridged: No

Police chief Jesse Stone has received his share of unusual calls, but none can top the one from the local junior high school. When reports of lewd conduct by the school’s principal, Betsy Ingersoll, filter into the station, Jesse is faced with a particularly delicate situation. Jesse, of course, would like nothing more than to see the prim Read more »,... 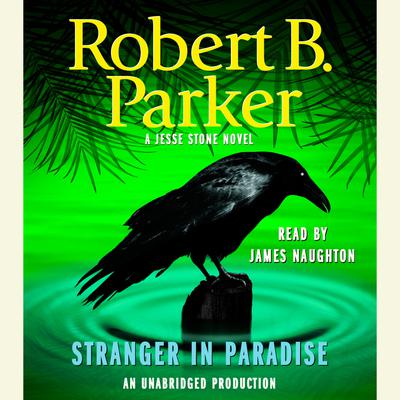 Stranger in Paradise
Robert B. Parker

By: Robert B. Parker
Narrated by: James Naughton
Length: 4 hours 47 minutes
Abridged: No

The last time Jesse Stone, police chief of Paradise, Massachusetts, saw Wilson "Crow" Cromartie, the Apache hit man was racing away in a speedboat after executing one of the most lucrative and deadly heists in the town's history. Crow managed to escape with a boatload of cash, never to be seen again. Until now.

When Crow shows up in Jesse' Read more »s... 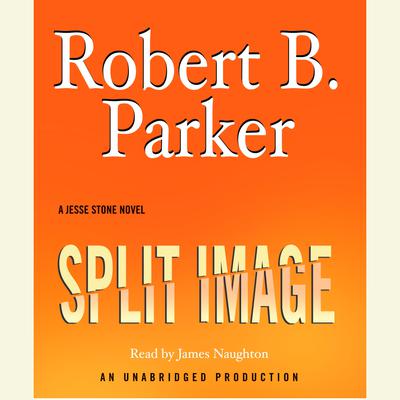 By: Robert B. Parker
Narrated by: James Naughton
Length: 4 hours 40 minutes
Abridged: No

The body in the trunk was just the beginning.

Turns out the stiff was a foot soldier for local tough guy Reggie Galen, now enjoying a comfortable “retirement” with his beautiful wife, Rebecca, in the nicest part of Paradise. Living next door are Knocko Moynihan and his wife, Robbie, who also happens to be Rebecca’s twin. But wha Read more »t...