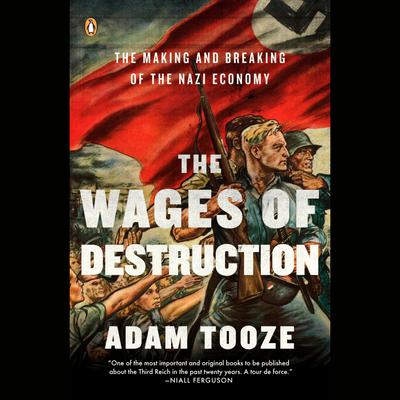 The Wages of Destruction

The Making and Breaking of the Nazi Economy

"Masterful . . . [A] painstakingly researched, astonishingly erudite study…Tooze has added his name to the roll call of top-class scholars of Nazism." —Financial Times

An extraordinary mythology has grown up around the Third Reich that hovers over political and moral debate even today. Adam Tooze's controversial book challenges the conventional economic interpretations of that period to explore how Hitler's surprisingly prescient vision--ultimately hindered by Germany's limited resources and his own racial ideology--was to create a German super-state to dominate Europe and compete with what he saw as America's overwhelming power in a soon-to- be globalized world. The Wages of Destruction is a chilling work of originality and tremendous scholarship that set off debate in Germany and will fundamentally change the way in which history views the Second World War.

* This audiobook contains a downloadable PDF of tables and figures from the book.