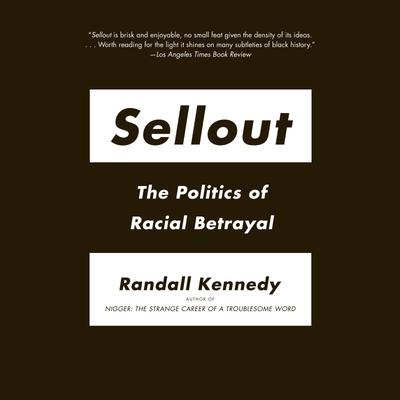 The Politics of Racial Betrayal

In the wake of his controversial national best-seller, Nigger: The Strange Career of a Troublesome Word, Randall Kennedy grapples brilliantly and judiciously with another stigma of our racial discourse: "selling out," or racial betrayal, which is a subject of much anxiety and acrimony in Black America. He atomizes the vicissitudes of the term and shows how its usage bedevils blacks and whites, while elucidating the effects it has on individuals and on our society as a whole.

Kennedy begins his exploration of selling out with a cogent, historical definition of the "black" community, accounting precisely for who is considered black and who is not. He looks at the ways in which prominent members of that community--Colin Powell, Condoleezza Rice, and Barack Obama, among others--have been stigmatized as sellouts. He outlines the history of the suspicion of racial betrayal among blacks, and he shows how current fears of selling out are expressed in thought and practice. He offers a rigorous and bracing case study of the quintessential "sellout"--Supreme Court Justice Clarence Thomas, perhaps the most vilified black public official in American history. And he gives is a first-person reckoning of how he himself has dealt with accusations of having sold out at Harvard, especially after the publication of Nigger.

Lucidly and powerfully articulated, Sellout is essential to any discussion of the troubled history of race in America.