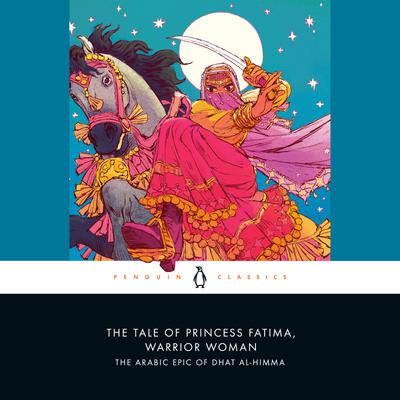 The Arabic Epic of Dhat al-Himma

Published in English for the first time, and the only Arabic epic named for a woman, The Tale of Princess Fatima recounts the thrilling adventures of a legendary medieval warrior universally known throughout the Middle East and long overdue to join world literature's pantheon of female heroes.

A fearsome, sword-slinging heroine who defeated countless men in stealth attacks on horseback, Dhat al-Himma, or Princess Fatima, was secretly given away at birth because she wasn't male, only to triumph as the most formidable warrior of her time. Known alternately as "she-wolf," "woman of high resolve," and "calamity of the soul," she lives on in this rousing narrative of female empowerment, in which she leads armies of more than seventy thousand men in clashes between rival tribes and between Muslims and Christians; reconciles with her father after taking him prisoner; and fends off her infatuated cousin, who challenges her to a battle for the right to marry her. Though he suffers an ignominious defeat, he impregnates Fatima against her will and, when she gives birth to a Black son, disown his own son, who also grows up to be a great warrior, eventually avenging his mother's honor. The epic culminates in a showdown between Fatima and another formidable woman warrior, and earns Fatima a place alongside the likes of Circe, Mulan, Wonder Woman, Katniss Everdeen and other powerful women.