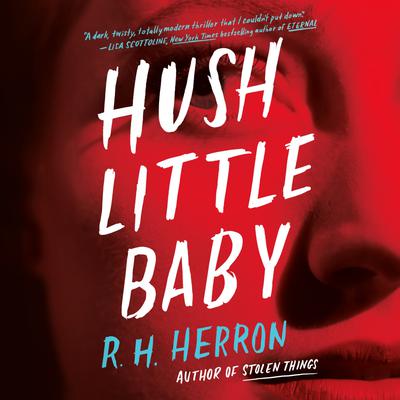 Named an exciting new release by CrimeReads, BookRiot, Fresh Fiction, and The Tempest

From the author of Stolen Things comes a twisty thriller that asks how tightly we are bound to our pasts, how much we can trust those around us, and how far a mother will go to protect her child.

Jillian Marsh is a survivor. She escaped her toxic upbringing at the hands of her religious zealot mother as a teenager, and after hitting rock bottom due to alcoholism in her twenties, she not only got sober, she built a successful marriage and medical career, even if she wasn’t able to make amends for all the mistakes she made during her drinking days. But nearly a decade later, things are once again going downhill for Jillian. Her wife, Rochelle, has left her while Jillian is pregnant with Rochelle’s biological child, and she feels constantly unsettled in her now-empty house—items missing from their usual place, burning candles she can’t remember lighting, the screen from her bedroom window removed. Even her mommies-to-be group isn’t the solace it once was. Bree, Camille, Maggie, and Jillian vowed to not only support one another in motherhood but in their sobriety, careers, and maintaining their independence after their babies are born . . . a sisterhood that begins to unravel when the secrets between the women come unwillingly to light.

As things in Jillian’s home begin to escalate, she’s forced to ask herself: Is one of her supposed friends not as trustworthy as she seems? Could Rochelle be gaslighting her in order to claim full custody of their daughter? Or, worst of all—is Jillian turning into her own mother, and imagining all of it in some sort of subconscious sabotage against her unborn child?

When the missing items turn into unambiguous threats, and as the circle of those she can trust continues to dwindle, Jillian knows only one thing for sure: she will do anything to protect her baby.