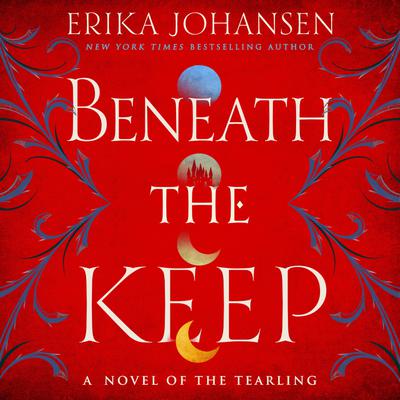 A Novel of the Tearling

“Centuries after the Crossing, the Tearling has fallen far from William Tear’s dream of utopia. The gap between classes is wide and citizens at the bottom lead dark, brutal lives. A rebel uprising brings hope for change along with a prophecy about the coming of a True Queen. Readers just discovering the Tearling will be intrigued by the complex world-building. Those familiar with the original trilogy will delight in reading beloved characters’ backstories in this ambitious prequel.”

"A suspenseful, multi-layered tale of how the sparks of revolution are kindled, and of those who strive to ignite them."
—Cassandra Clare, #1 New York Times bestselling author

As a kingdom descends into darkness and new alliances are forged under fire, a battle begins over a prophecy that will change the course of history in this much-anticipated stand-alone prequel to the bestselling Queen of the Tearling trilogy.

The Tearling, founded as a utopia, has collapsed and reverted to feudalism. As the gap between rich and poor widens and famine threatens the land, rumors of a prophecy begin to spread: a great hope, a True Queen who will ascend and save the kingdom.

But rumors will not help Lazarus, a boy on the verge of manhood, trapped in the clandestine underworld known as the Creche. Enlisted from his earliest days to kill without mercy, he has never seen sun or sky, not until a quest for vengeance propels him aboveground. There he finds a calling amid a royal court rife with intrigue and danger, where he meets Niya, Princess Elyssa’s handmaid, who is not what she appears to be and whose true identity will spell death if revealed.

With a righteous rebellion gathering inside her kingdom, Princess Elyssa finds herself torn between duty to the throne and her growing loyalty to the Blue Horizon, a group of fierce idealists who promise radical change. Elyssa must choose quickly, for threats beset her on all sides, and the powers wielded by an uncanny seer and her shadowy master are preparing to decide the Princess’s fate for her. It is only a matter of time before Lazarus, Niya, and Elyssa will be called into the service of something greater than they have ever imagined: the fight for a better world.