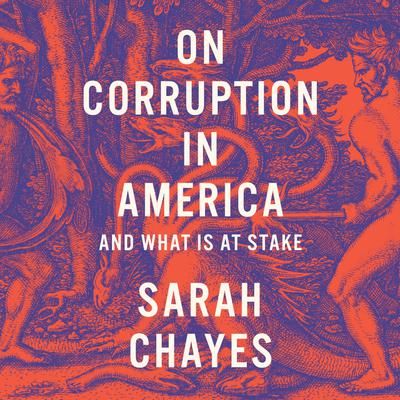 On Corruption in America

And What Is at Stake

From the prizewinning journalist, internationally recognized expert on corruption in government networks throughout the world, author of Thieves of State: Why Corruption Threatens Global Security ("I can't imagine a more important book for our time,"--Sebastian Junger; "Required reading,"--Tom Friedman; "compelling, fascinating . . . a call to action,"--The Huffington Post), a major, unflinching book that looks homeward to America, exploring the insidious, dangerous networks of corruption of our past, present, and precarious future.

Now, bringing to bear all of her knowledge, grasp, sense of history and observation, Sarah Chayes writes in her new book, that the United States is showing signs similar to some of the most corrupt countries in the world. Corruption, as Chayes sees it, is an operating system of sophisticated networks in which government officials, key private-sector interests, and out-and-out criminals interweave. Their main objective: not to serve the public but to maximize returns for network members.
From the titans of America's Gilded Age (Carnegie, Rockefeller, J. P. Morgan, et al.) to the collapse of the stock market in 1929, the Great Depression and FDR's New Deal; from Joe Kennedy's years of banking, bootlegging, machine politics, and pursuit of infinite wealth, as well as the Kennedy presidency, to the deregulation of the Reagan Revolution, undermining the middle class and the unions; from the Clinton policies of political favors and personal enrichment to Trump's hydra-headed network of corruption, systematically undoing the Constitution and our laws, Chayes shows how corrupt systems are organized, how they enforce the rules so their crimes are covered legally, how they are overlooked and downplayed--shrugged off with a roll of the eyes--by the richer and better educated, how they become an overt principle determining the shape of our government, affecting all levels of society.