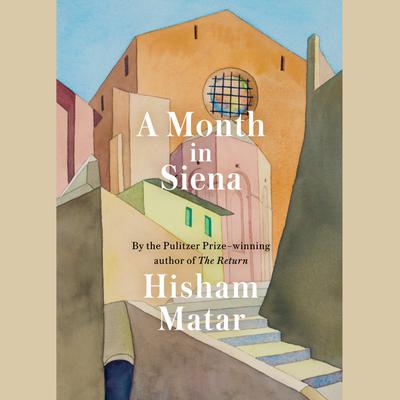 A Month in Siena

A Month in Siena

“Matar wrote this book in between books. The one he had just finished, The Return (which won a Pulitzer Prize in 2017), was a memoir of his attempt to discover the fate of his father, who was disappeared by the Libyan regime when Matar was a child, and so his month in this Italian city was intended as a respite. And it reads that way: not as a vacation, but as a chance for Matar to wander, in body and mind, a project for which the ancient walled city turns out, paradoxically, to be ideal. Drawn at first by his almost inexplicable longtime attraction to the paintings of the Sienese School, Matar turns out to be equally drawn to chance encounters with locals (often fellow outsiders like himself) and to the play of his thinking through days of near silence. It's a small book about a small city that opens the space for large thoughts.”

From the Pulitzer Prize–winning author of The Return comes a profoundly moving contemplation of the relationship between art and life.

After finishing his powerful memoir The Return, Hisham Matar, seeking solace and pleasure, traveled to Siena, Italy. Always finding comfort and clarity in great art, Matar immersed himself in eight significant works from the Sienese School of painting, which flourished from the thirteenth to the fifteenth centuries. Artists he had admired throughout his life, including Duccio and Ambrogio Lorenzetti, evoke earlier engagements he’d had with works by Caravaggio and Poussin, and the personal experiences that surrounded those moments.

Including beautiful full-color reproductions of the artworks, A Month in Siena is about what occurred between Matar, those paintings, and the city. That month would be an extraordinary period in the writer’s life: an exploration of how art can console and disturb in equal measure, as well as an intimate encounter with a city and its inhabitants. This is a gorgeous meditation on how centuries-old art can illuminate our own inner landscape—current relationships, long-lasting love, grief, intimacy, and solitude—and shed further light on the present world around us.

Praise for A Month in Siena

“As exquisitely structured as The Return, driven by desire, yearning, loss, illuminated by the kindness of strangers. A Month in Siena is a triumph.”—Peter Carey