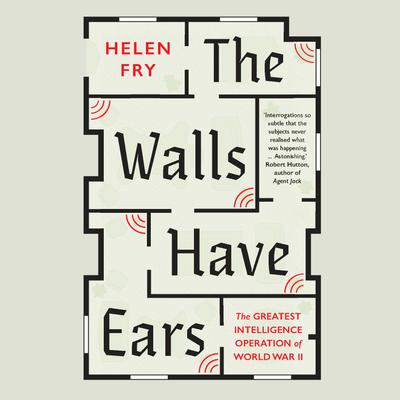 The Walls Have Ears

At the outbreak of World War II, MI6 spymaster Thomas Kendrick arrived at the Tower of London to set up a top secret operation: German prisoners' cells were to be bugged and listeners installed behind the walls to record and transcribe their private conversations. This mission proved so effective that it would go on to be set up at three further sites--and provide the Allies with crucial insight into new technology being developed by the Nazis.

In this astonishing history, Helen Fry uncovers the inner workings of the bugging operation. On arrival at stately-homes-turned-prisons like Trent Park, high-ranking German generals and commanders were given a "phony" interrogation, then treated as "guests," wined and dined at exclusive clubs, and encouraged to talk. And so it was that the Allies got access to some of Hitler's most closely guarded secrets--and from those most entrusted to protect them.