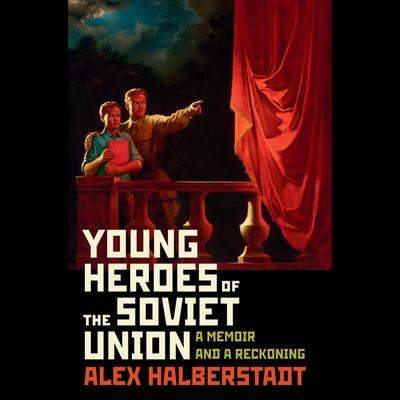 Young Heroes of the Soviet Union

A Memoir and a Reckoning

Can trauma be inherited? In this “urgent and enthralling reckoning with family and history” (Andrew Solomon), an American writer returns to Russia to face a family history that still haunts him.

Can trauma be inherited? It is this question that sets Alex Halberstadt off on a quest to name and acknowledge a legacy of family trauma, and to end a century-old cycle of estrangement.

His search takes him across the troubled, enigmatic land of his birth. In Ukraine he tracks down his paternal grandfather—most likely the last living bodyguard of Joseph Stalin—to reckon with the ways in which decades of Soviet totalitarianism shaped three generations of his family. He visits Lithuania, his Jewish mother’s home, to examine the legacy of the Holocaust and pernicious anti-Semitism that remains largely unaccounted for. And he returns to his birthplace, Moscow, where his glamorous grandmother designed homespun couture for Soviet ministers’ wives, his mother consoled dissidents at a psychiatric hospital, and his father made a dangerous living dealing in black-market American records. Along the way, Halberstadt traces the fragile and indistinct boundary between history and biography.

Finally, he explores his own story: that of an immigrant who arrived in America, to a housing project in Queens, New York. A now fatherless ten-year-old boy struggling with identity, rootlessness, and a yearning for home, he became another in a line of sons who grew up separated from their fathers by the tides of politics and history.

As Halberstadt revisits the sites of his family’s formative traumas, he uncovers a multigenerational transmission of fear, suspicion, melancholy, and rage. And he comes to realize something more: Nations, like people, possess formative traumas that penetrate into the most private recesses of their citizens’ lives.


Cover art: Komar and Melamid, What Is to Be Done? (from the Nostalgic Socialist Realism series), 1983 (photograph courtesy of Sotheby’s)