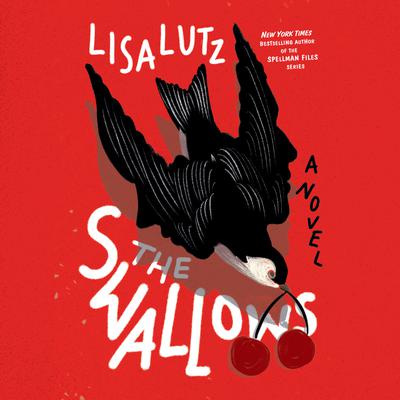 “Stonebridge Academy, a private prep school of about 400 students located on 50 acres of dense woods, was to be the setting for Alex Witt’s second try at being an instructor. Her first ended with a memory that made her skin crawl. Unfortunately, her time at Stonebridge would prove to be even more disturbing. Remember the age-old adage, ‘Boys will be boys’? With The Swallows, we have a new adage: ‘Girls will be tougher than boys.’ This is a powerfully serious yet humorous look at the battle between the sexes and a timely and important book for all readers.”

When Alexandra Witt joins the faculty at Stonebridge Academy, she’s hoping to put a painful past behind her. Then one of her creative writing assignments generates some disturbing responses from students. Before long, Alex is immersed in an investigation of the students atop the school’s social hierarchy—and their connection to something called the Darkroom. She soon inspires the girls who’ve started to question the school’s “boys will be boys” attitude and incites a resistance. But just as the movement is gaining momentum, Alex attracts the attention of an unknown enemy who knows a little too much about her—and what brought her to Stonebridge in the first place.

Meanwhile, Gemma, a defiant senior, has been plotting her attack for years, waiting for the right moment. Shy loner Norman hates his role in the Darkroom, but can’t find the courage to fight back until he makes an unlikely alliance. And then there’s Finn Ford, an English teacher with a shady reputation, who keeps one eye on his literary ambitions and one on Ms. Witt. As the school’s secrets begin to trickle out, a boys-versus-girls skirmish turns into an all-out war, with deeply personal—and potentially fatal—consequences for everyone involved.

Lisa Lutz’s blistering, timely tale of revenge and disruption shows us what can happen when silence wins out over decency for too long—and why the scariest threat of all might be the idea that sooner or later, girls will be girls.


Advance praise for The Swallows

“Wes Anderson meets Muriel Spark in this delicious and vicious battle of the sexes set within a private school. Wickedly fun and wildly subversive but packing an emotional punch, The Swallows is as powerful as it is timely.”—Nationally bestselling author Megan Abbott

“Sharpen your axes, ladies, and get ready for this fierce, fun, unsparing novel of female rage, power, and friendship.”—Camille Perri, author of The Assistants and When Katie Met Cassidy