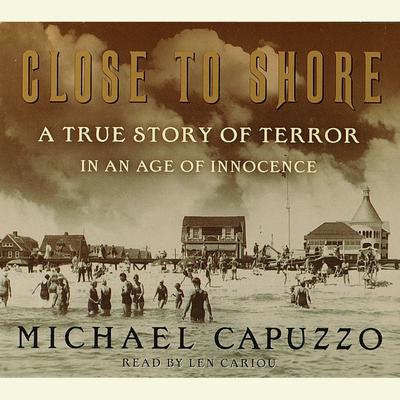 The Terrifying Shark Attacks of 1916

Combining rich historical detail and a harrowing, pulse-pounding narrative, Close to Shore brilliantly re-creates the summer of 1916, when a rogue Great White shark attacked swimmers along the New Jersey shore, triggering mass hysteria and launching the most extensive shark hunt in history.

In July 1916 a lone Great White left its usual deep-ocean habitat and headed in the direction of the New Jersey shoreline. There, near the towns of Beach Haven and Spring Lake--and, incredibly, a farming community eleven miles inland--the most ferocious and unpredictable of predators began a deadly rampage: the first shark attacks on swimmers in U.S. history.

Capuzzo interweaves a vivid portrait of the era and meticulously drawn characters with chilling accounts of the shark's five attacks and the frenzied hunt that ensued. From the unnerving inevitability of the first attack on the esteemed son of a prosperous Philadelphia physician to the spine-tingling moment when a farm boy swimming in Matawan Creek feels the sandpaper-like skin of the passing shark, Close to Shore is an undeniably gripping saga.

Heightening the drama are stories of the resulting panic in the citizenry, press and politicians, and of colorful personalities such as Herman Oelrichs, a flamboyant millionaire who made a bet that a shark was no match for a man (and set out to prove it); Museum of Natural History ichthyologist John Treadwell Nichols, faced with the challenge of stopping a mythic sea creature about which little was known; and, most memorable, the rogue Great White itself moving through a world that couldn't conceive of either its destructive power or its moral right to destroy.