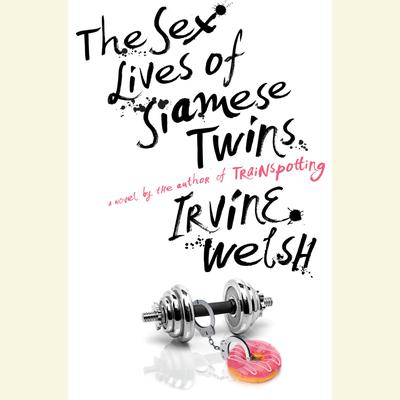 The Sex Lives of Siamese Twins

The famed—some would say notorious—author of Trainspotting and many other brilliant offenses against common literary decency comes at last to America, with a dark and twisted tale of personal training and abject codependency in the fading glitter of Miami's South Beach, with a novel that asks the provocative question: Why would you want to be "the Biggest Loser" anyway?

When Lucy Brennan, a Miami Beach personal-fitness trainer, disarms an apparently crazed gunman chasing two frightened homeless men along a deserted causeway at night, the police and the breaking-news cameras are not far behind. Within hours, Lucy becomes a hero. Her celebrity is short-lived, though: the "crazed gunman," turns out to be a victim of child sexual abuse and the two men are serial pedophiles.
The solitary eye-witness, the depressed and overweight Lena Sorenson, thrilled by Lucy's heroism and decisiveness, becomes obsessed with the trainer and enrolls as a client at her Bodysculpt gym. It quickly becomes clear that Lena is more interested in Lucy's body than her own. Then, when one of the pedophiles she allowed to escape carries out a heinous sex attack, Lucy's transition from hero to villain is complete. When Lucy imprisons Lena, and can't stop thinking about the sex lives of Siamese twins, the real problems start. In Lucy and Lena, Irvine Welsh has created two of his most memorable female protagonists, and one of the most bizarre, sadomasochistic folie à deux in contemporary fiction. The Sex Lives of Siamese Twins taps into two great obsessions of our time—how we look and where we live—and tells a story so subversive and dark it blacks out the Florida sun.