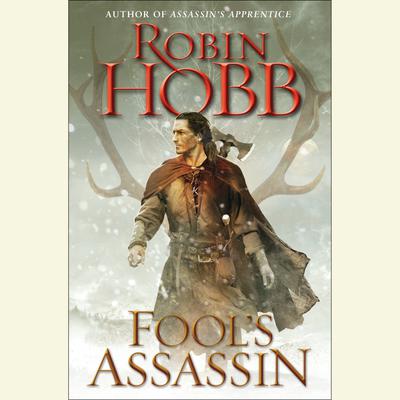 Book One of the Fitz and the Fool Trilogy

Nearly twenty years ago, Robin Hobb burst upon the fantasy scene with the first of her acclaimed Farseer novels, Assassin’s Apprentice, which introduced the characters of FitzChivalry Farseer and his uncanny friend the Fool. A watershed moment in modern fantasy, this novel—and those that followed—broke exciting new ground in a beloved genre. Together with George R. R. Martin, Robin Hobb helped pave the way for such talented new voices as Scott Lynch, Brandon Sanderson, and Naomi Novik.

Over the years, Hobb’s imagination has soared throughout the mythic lands of the Six Duchies in such bestselling series as the Liveship Traders Trilogy and the Rain Wilds Chronicles. But no matter how far she roamed, her heart always remained with Fitz. And now, at last, she has come home, with an astonishing new novel that opens a dark and gripping chapter in the Farseer saga.

FitzChivalry—royal bastard and former king’s assassin—has left his life of intrigue behind. As far as the rest of the world knows, FitzChivalry Farseer is dead and buried. Masquerading as Tom Badgerlock, Fitz is now married to his childhood sweetheart, Molly, and leading the quiet life of a country squire.

Though Fitz is haunted by the disappearance of the Fool, who did so much to shape Fitz into the man he has become, such private hurts are put aside in the business of daily life, at least until the appearance of menacing, pale-skinned strangers casts a sinister shadow over Fitz’s past . . . and his future.

Now, to protect his new life, the former assassin must once again take up his old one. . . .

“Hobb knows the complicated workings of the wayward human heart, and she takes time to depict them in her tale, to tell her story sweetly, insistently, compellingly. . . . A book meant to be inhabited rather than run through.”—The Seattle Times

“[FitzChivalry Farseer is] one of the best characters in fantasy literature.”—Fantasy Book Review

“[Hobb’s] prose sparkles, her characters leap off the page.”—Tordotcom

Fitz and the Fool Series 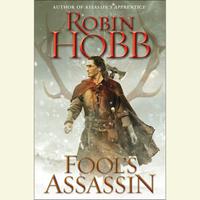 Nearly twenty years ago, Robin Hobb burst upon the fantasy scene with the first of her acclaimed Farseer novels, Assassin’s Apprentice, which introduced the characters of FitzChivalry Farseer and his uncanny friend the Fool. A watershed moment in modern fantasy, this novel—and those that followed—broke exciting new... Read More » 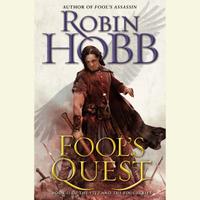 NEW YORK TIMES BESTSELLER • NAMED ONE OF THE BEST BOOKS OF THE YEAR BY BUZZFEED AND THE INDEPENDENT • Ranking alongside George R. R. Martin as a groundbreaking master of fantasy, Robin Hobb delivers the second book in her long-awaited Fitz and the Fool trilogy.

The harrowing adventures of FitzChivalry Farseer and his enigmatic friend the Fool... Read More » 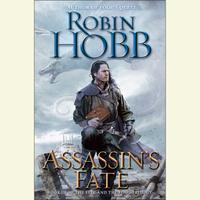 NEW YORK TIMES BESTSELLER • The stunning conclusion to Robin Hobb’s Fitz and the Fool trilogy, which began with Fool’s Assassin and Fool’s Quest

“Every new Robin Hobb novel is a cause for celebration. Along with millions of her other fans, I delight in every visit to the Six Duchies, the Rain Wilds, and the Out Islands, and can’t wait to see... Read More »