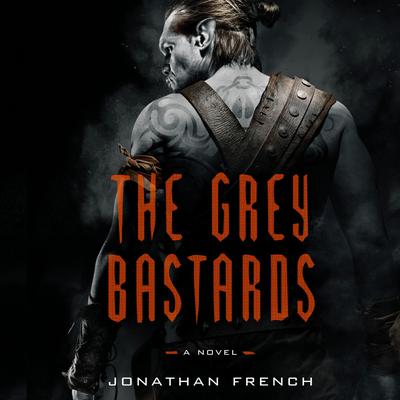 Narrated by Will Damron / 17 hours 47 minutes

“I never thought I would find myself so drawn into a story where the main characters are half-orcs. But by page three I was hooked, and rooting for them. This book took what I thought I knew about fantasy and flipped it on it head. The main character is Jackal, a half-orc and a member of the Grey Bastards, a biker-like gang that rides hogs with snouts and tusks instead of wheels. He is young but also cunning and head-strong. Along with his "brothers" they patrol the Lots and do their best to keep full-blooded orcs away from the human world. Jonathan French created a rich world filled with boorish jokes, scheming, fighting, brotherhood, friendship, and betrayal. Each member of The Grey Bastards has their own charm. Some you end up liking more than others, like Oats and Fetching. The Grey Bastards was a book that I actually found myself laughing out loud while I was reading. The characters breathe life into the pages and leave you wanting more.”

“[A] fantasy masterwork . . . a dirty, blood-soaked gem of a novel [that reads] like Mad Max set in Tolkien’s Middle-earth.”—Kirkus Reviews (starred review)

Jackal and his fellow half-orcs patrol the barren wastes of the Lot Lands, spilling their own damned blood to keep civilized folk safe. A rabble of hard-talking, hog-riding, whore-mongering brawlers they may be, but the Grey Bastards are Jackal’s sworn brothers, fighting at his side in a land where there’s no room for softness.

And once Jackal’s in charge—as soon as he can unseat the Bastards’ tyrannical, seemingly unkillable founder—there’s a few things they’ll do different. Better.

Or at least, that’s the plan. Until the fallout from a deadly showdown makes Jackal start investigating the Lot Lands for himself. Soon, he’s wondering if his feelings have blinded him to ugly truths about this world, and the Bastards’ place in it.

In a quest for answers that takes him from decaying dungeons to the frontlines of an ancient feud, Jackal finds himself battling invading orcs, rampaging centaurs, and grubby human conspiracies alike—along with a host of dark magics so terrifying they’d give even the heartiest Bastard pause.

Finally, Jackal must ride to confront a threat that’s lain in wait for generations, even as he wonders whether the Bastards can—or should--survive.

Delivered with a generous wink to Sons of Anarchy, featuring sneaky-smart worldbuilding and gobs of fearsomely foul-mouthed charm, The Grey Bastards is a grimy, pulpy, masterpiece—and a raunchy, swaggering, cunningly clever adventure that’s like nothing you’ve read before.

Praise for The Grey Bastards

“Saddle up the war boar and set off on a wild, gory thrill-ride that ends in an awesome climax and begs for a sequel.”—Daily Mail (UK)

“Non-stop action, though not for faint hearts . . . the Grey Bastards live up to their name in all respects.”—The Wall Street Journal 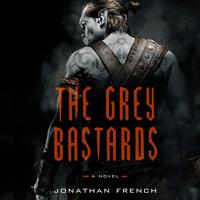 “[A] fantasy masterwork . . . a dirty, blood-soaked gem of a novel [that reads] like Mad Max set in Tolkien’s Middle-earth.”—Kirkus Reviews (starred review)

Jackal and his fellow half-orcs patrol the barren wastes of the Lot Lands, spilling their own damned blood to keep civilized folk safe. A rabble of hard-talking, hog-riding, whore-mongering... Read More » 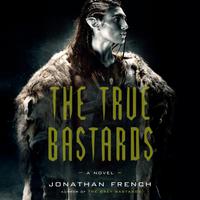 Half orc. All badass. A female chieftain in a brutal wasteland society fights to take what is hers in an action-packed, foul-mouthed fantasy adventure from the author of The Grey Bastards (“Nonstop action, though not for faint hearts.”—The Wall Street Journal).

Fetching was once the only female rider in the Lot Lands. Now she is the proud leader... Read More »