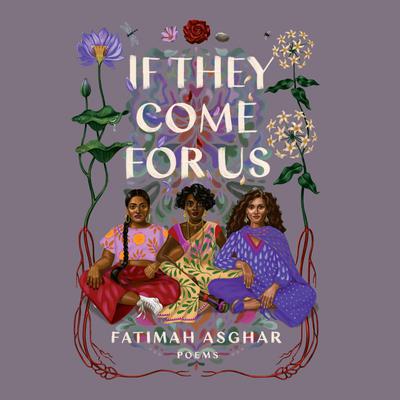 “Raw, but not unpolished. Dripping with sadness and honey. Rage beyond anger, a lesson in history and violence. A comprehensible example of otherness in America for those who haven’t experienced it; for those who don’t know they’re perpetuating it. An honest portrayal of a life shaped by governments’ omissions, of the lies of the self and others, and of waking to the daylight, the promise held in sunshine, and in finding one’s own voice, own words, own way of telling one’s own story.”

“A debut poetry collection showcasing both a fierce and tender new voice.”—Booklist
“Elegant and playful . . . The poet invents new forms and updates classic ones.”—Elle
“[Fatimah] Asghar interrogates divisions along lines of nationality, age, and gender, illuminating the forces by which identity is fixed or flexible.”—The New Yorker

an aunt teaches me how to tell
an edible flower
from a poisonous one.
just in case, I hear her say, just in case.

From a co-creator of the Emmy-nominated web series Brown Girls comes an imaginative, soulful debut poetry that collection captures the experiences of being a young Pakistani Muslim woman in contemporary America. Orphaned as a child, Fatimah Asghar grapples with coming of age and navigating questions of sexuality and race without the guidance of a mother or father. These poems at once bear anguish, joy, vulnerability, and compassion, while also exploring the many facets of violence: how it persists within us, how it is inherited across generations, and how it manifests itself in our relationships. In experimental forms and language both lyrical and raw, Asghar seamlessly braids together marginalized people’s histories with her own understanding of identity, place, and belonging.

Praise for If They Come for Us

“In forms both traditional . . . and unorthodox . . . Asghar interrogates divisions along lines of nationality, age, and gender, illuminating the forces by which identity is fixed or flexible. Most vivid and revelatory are pieces such as ‘Boy,’ whose perspicacious turns and irreverent idiom conjure the rich, jagged textures of a childhood shadowed by loss.”—The New Yorker

“[Asghar’s] debut poetry collection cemented her status as one of the city’s greatest present-day poets. . . . A stunning work of art that tackles place, race, sexuality and violence. These poems—both personal and historical, both celebratory and aggrieved—are unquestionably powerful in a way that would doubtless make both Gwendolyn Brooks and Harriet Monroe proud.”—Chicago Review of Books