“[A] vibrant intellectual history of the radical right.”—The Atlantic

“This sixty-year campaign to make libertarianism mainstream and eventually take the government itself is at the heart of Democracy in Chains. . . . If you're worried about what all this means for America's future, you should be.”—NPR

Behind today’s headlines of billionaires taking over our government is a secretive political establishment with long, deep, and troubling roots. The capitalist radical right has been working not simply to change who rules, but to fundamentally alter the rules of democratic governance. But billionaires did not launch this movement; a white intellectual in the embattled Jim Crow South did. Democracy in Chains names its true architect—the Nobel Prize-winning political economist James McGill Buchanan—and dissects the operation he and his colleagues designed over six decades to alter every branch of government to disempower the majority.

In a brilliant and engrossing narrative, Nancy MacLean shows how Buchanan forged his ideas about government in a last gasp attempt to preserve the white elite’s power in the wake of Brown v. Board of Education. In response to the widening of American democracy, he developed a brilliant, if diabolical, plan to undermine the ability of the majority to use its numbers to level the playing field between the rich and powerful and the rest of us.

Corporate donors and their right-wing foundations were only too eager to support Buchanan’s work in teaching others how to divide America into “makers” and “takers.” And when a multibillionaire on a messianic mission to rewrite the social contract of the modern world, Charles Koch, discovered Buchanan, he created a vast, relentless, and multi-armed machine to carry out Buchanan’s strategy.

Without Buchanan's ideas and Koch's money, the libertarian right would not have succeeded in its stealth takeover of the Republican Party as a delivery mechanism. Now, with Mike Pence as Vice President, the cause has a longtime loyalist in the White House, not to mention a phalanx of Republicans in the House, the Senate, a majority of state governments, and the courts, all carrying out the plan. That plan includes harsher laws to undermine unions, privatizing everything from schools to health care and Social Security, and keeping as many of us as possible from voting. Based on ten years of unique research, Democracy in Chains tells a chilling story of right-wing academics and big money run amok. This revelatory work of scholarship is also a call to arms to protect the achievements of twentieth-century American self-government.

Nancy MacLean is the award-winning author of Behind the Mask of Chivalry  (a New York Times "noteworthy" book of the year) and Freedom is Not Enough, which was called by the Chicago Tribune “contemporary history at its best.” The William Chafe Professor of History and Public Policy at Duke University, she lives in Durham, North Carolina. 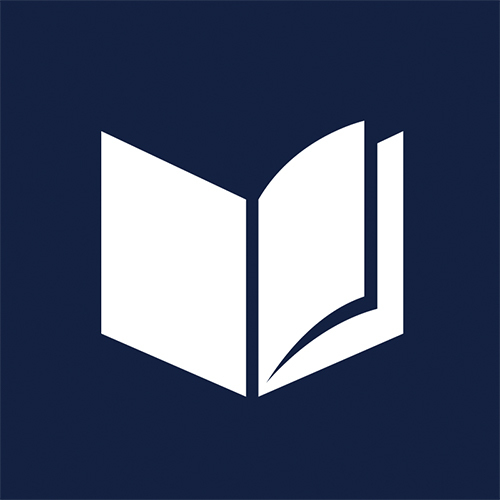 "[A] remarkably important book...this book is a superb contribution to our understanding of the rise of libertarian notions and right-wing political power in the US. If you wonder how the Supreme Court came to define speech as money or corporations as people, this volume will help you to figure it out...The melting ice caps, if nothing else, stand as testament to the folly of listening mainly to the rich and powerful."—Bill McKibben, The Times Literary Supplement

“Democracy in Chains leaves me with hope: Perhaps as books like MacLean’s continue to shine a light on important truths, Americans will begin to realize they need to pay more attention and not succumb to the cynical view that known liars make the best leaders." —New York Times Book Review

“A remarkable new book which argues that the radical right revolution engineered by Charles and his brother David is not just about accruing political and economic power, but about restricting democracy itself.” —The New Republic

“[A] vibrant intellectual history of the radical right . . . [MacLean] has dug deep into her material—not just Buchanan’s voluminous, unsorted papers, but other archives, too—and she has made powerful and disturbing use of it all. . . . The behind-the-scenes days and works of Buchanan show how much deliberation and persistence—in the face of formidable opposition—underlie the antigoverning politics ascendant today. What we think of as dysfunction is the result of years of strategic effort.” —The Atlantic

“This sixty-year campaign to make libertarianism mainstream and eventually take the government itself is at the heart of Democracy in Chains. . . . [MacLean] takes the time to meticulously trace how we got here. . . . If you're worried about what all this means for America's future, you should be. . . . And if someone you know isn't convinced, you have just the book to hand them.” —NPR

"It’s the missing chapter: a key to understanding the politics of the past half century. To read Nancy MacLean’s new book, Democracy in Chains: The Deep History of the Radical Right’s Stealth Plan for America, is to see what was previously invisible." —George Monbiot, The Guardian

“A remarkable book . . . Democracy in Chains is a revelation, as politics and as history.” —Jacobin

“Democracy in Chains should be read by every thinking person in the United States. It is disturbing, revealing, and vitally important.” —NYJournalOfBooks.com

"Perhaps the best explanation to date of the roots of the political divide that threatens to irrevocably alter American government.” —Booklist (starred review)

“It’s happening: the subversion of our democratic system from within. How did the political Right do it? Nancy MacLean tells the long-overlooked story of the political economist who developed the playbook for the Koch brothers. James McGill Buchanan merged states rights’ thinking with free market principles and helped to fashion the inherently elitist ideology of today’s Republican Party. Professor MacLean’s meticulous research and shrewd insights make this a must-read for all who believe in government ‘by the people.’” —Nancy Isenberg, author of White Trash: The 400-Year Untold History of Class in America

“This book is mesmerizing. Rarely have I encountered a work that speaks to such significant issues, with evidence rooted in conclusive new sources. In clear prose, MacLean reveals how a public once committed to social responsibility and egalitarian values became persuaded that only an unregulated free market could protect ‘liberty’ and ‘choice.’ Because of this, our once cherished democracy is now subject to attack. Everyone who wants to understand today’s confrontational politics should read this important book, now.” —Alice Kessler-Harris, author of In Pursuit of Equity: Women, Men and the Quest for Economic Citizenship in Twentieth Century America

“How did we get to where we are today? How did corporations come to possess ‘rights?’ How did democracy come to be defined as selfish individualism? Or money as free speech? Nancy MacLean’s Democracy in Chains provides the answers. It is essential reading in order to understand the ideas that billionaires use to justify their control of our political institutions. I can’t imagine a more timely or urgent book.” —Greg Grandin, author of Fordlandia (finalist for the Pulitzer Prize) and The Empire of Necessity (winner of the Bancroft Prize)

"[MacLean] creates a chilling portrait of an arrogant, uncompromising, and unforgiving man . . . [she] offers a cogent yet disturbing analysis of libertarians' current efforts to rewrite the social contract and manipulate citizens' beliefs. . . . An unsettling exposé of the depth and breadth of the libertarian agenda." —Kirkus Reviews

"MacLean constructs an erudite searing portrait of how the late political economist James McGill Buchanan (1919 - 2013) and his deep-pocketed conservative allies have reshaped --and undermined--American democracy. . . . A thoroughly researched and gripping narrative, she exposes how Buchanan’s strategies shaped trends in government in favor of “corporate dominance” and against the welfare state. . . . She has delivered another deeply important book. . . . Her work here is a feat of American intellectual and political history." —Publisher's Weekly (starred review)

“For those who think the Tea Party, Freedom Caucus, and the alt-right are recent constructs, MacLean provides an extensive history lesson that traces the genesis of the right wing back to post-WWII doctrines. . . . A worthy companion to Jane Mayer’s Dark Money, MacLean’s intense and extensive examination of the right-wing’s rise to power is perhaps the best explanation to date of the roots of the political divide that threatens to irrevocably alter American government.” —Booklist (starred review)
Expand reviews