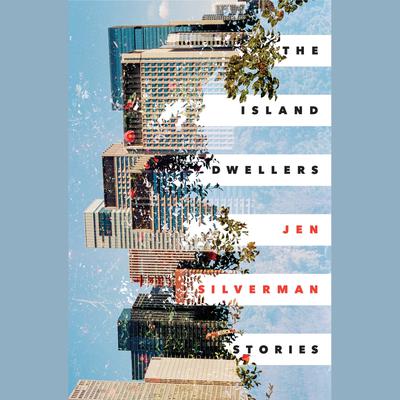 For readers of Miranda July, Rebecca Lee, and Mary Gaitskill, a debut short-story collection that is a mesmerizing blend of wit, transgression, and heart.

A passive-aggressive couple in the midst of a divorce compete over whose new fling is more exotic. A Russian migrant in Tokyo agonizes over the money her lover accepts from a yakuza. A dead body on a drug dealer’s floor leads to the strangest first date ever.

In this razor-sharp debut collection, Jen Silverman delivers eleven interconnected stories that take place in expat bars, artist colonies, train stations, and matchbox apartments in the United States and Japan. Unforgettable characters crisscross through these transient spaces, loving, hurting, and leaving each other as they experience the loneliness and dangerous freedom that comes with being an outsider. In “Maria of the Grapes,” a pair of damaged runaways get lost in the seductive underworld beneath Tokyo’s clean streets; in “Pretoria,” a South African expatriate longs for the chaos of her homeland as she contemplates a marriage proposal; in “Girl Canadian Shipwreck,” a young woman in Brooklyn seeks permission to flee from her boyfriend and his terrible performance art; in “Maureen,” an aspiring writer realizes that her beautiful, neurotic boss is lonelier than she lets on.

The Island Dwellers ranges near and far in its exploration of solitude and reinvention, identity and sexuality, family and home. Jen Silverman is the rare talent who can evoke the landscape of a whole life in a single subtle phrase—vital, human truths that you may find yourself using as a map to your own heart.


Advance praise for The Island Dwellers

“Reading these stories feels like spying on lives you might never admit to living—hilarious, and painfully true. I loved every one. The Island Dwellers is thrilling, addictive, and wise, and it made Jen Silverman my new favorite writer. It will probably do the same for you.”—Alexander Chee, bestselling author of Queen of the Night and Edinburgh

“Jen Silverman’s stories are at once specific and worldly, contemporary and old-fashioned, cool and heartfelt. An archipelago of emotions, The Island Dwellers captures the wonder and oddity of romantic relationships.”—Sloane Crosley, bestselling author of The Clasp and Look Alive Out There

“A shimmering collection that speaks with humor and, ultimately, tenderness.”—Kirkus Reviews