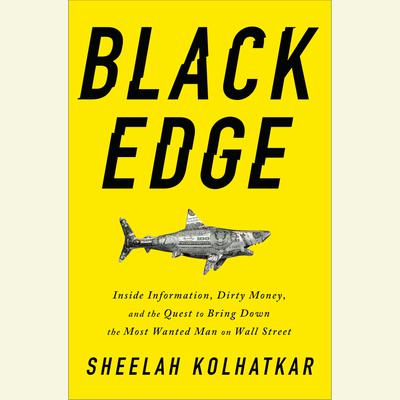 Inside Information, Dirty Money, and the Quest to Bring Down the Most Wanted Man on Wall Street

NEW YORK TIMES BESTSELLER • A riveting, true-life legal thriller about the government’s pursuit of billionaire hedge fund manager Steven Cohen and his employees at SAC Capital—a revelatory look at the power and wealth of Wall Street

ONE OF THE BEST BOOKS OF THE YEAR—The New York Times and The Economist • “An essential exposé of our times—a work that reveals the deep rot in our financial system . . . Everyone should read this book.”—David Grann, author of Killers of the Flower Moon

Steven A. Cohen changed Wall Street. He and his fellow pioneers of the hedge fund industry didn’t lay railroads, build factories, or invent new technologies. Rather, they made their billions through financial speculation, by placing bets in the market that turned out to be right more often than not.

Cohen was revered as one of the greatest traders who ever lived. But that image was shattered when his fund, SAC Capital, became the target of a seven-year government investigation. Prosecutors labeled SAC a “magnet for market cheaters” whose culture encouraged the relentless pursuit of “edge”—and even “black edge,” which is inside information—and the firm was ultimately indicted and pleaded guilty to charges related to a vast insider trading scheme. Cohen, himself, however, was never charged.

Black Edge raises urgent and troubling questions about those who sit at the pinnacle of high finance and how they have reshaped the economy.