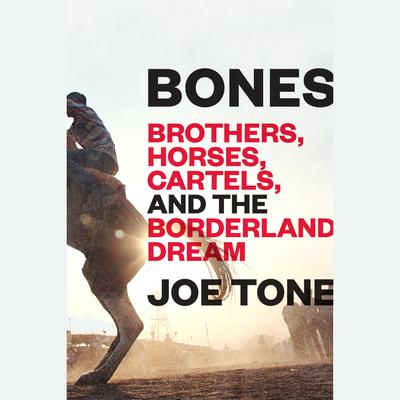 The dramatic true story of two brothers living parallel lives on either side of the U.S.-Mexico border—and how their lives converged in a major criminal conspiracy

José and Miguel Treviño were bonded by blood and a shared vision of a better life. But they chose different paths that would end at the same violent crossroads—with considerable help from the FBI and an enigmatic, all-American snitch.

José was a devoted family man who cut no corners in his pursuit of the American dream. Born in Nuevo Laredo, a Mexican border town on a crucial smuggling route, José was one of thirteen children raised by a hardworking ranch hand. He grew up loving the sprawling countryside and its tough, fast quarter horses, but in search of opportunity he crossed the border into Texas to look for work as a bricklayer. He kept his nose clean. He stayed out of trouble.

Back in Mexico, José’s younger brother Miguel was leading a different life. While José struggled to make ends meet, Miguel ascended to the top ranks of Los Zetas, a notoriously bloody drug cartel—his crimes had become the stuff of legend and myth on both sides of the border. He was said to have burned rivals alive, murdered Mexican and American law enforcement officers, and launched grenades at a U.S. consulate.

José, married with kids and now a U.S. citizen, gave every indication of rejecting his brother’s criminal lifestyle. Then one day he showed up at a quarter-horse auction and bid close to a million dollars for a horse—the largest amount ever paid for a quarter horse at an auction. The humble bricklayer quickly became a major player in the quarter-horse racing scene that thrived in the American Southwest and Mexico. That caught the attention of an eager young FBI agent named Scott Lawson. He enlisted Tyler Graham, an American rancher who would eventually breed José’s champion horse—nicknamed Bones—to help the FBI infiltrate what was revealing itself to be a major money-laundering operation, with the ultimate goal of capturing the infamous Miguel Treviño.

Joe Tone’s riveting, exquisitely layered crime narrative, set against the high-stakes world of horse racing, is an intimate story about family, loyalty, and the tragic costs of a failed drug war. Compelling and complex, Bones sheds light on the perilous lives of American ranchers, the morally dubious machinery of drug and border enforcement, and the way greed and fear mingle with race, class, and violence along America’s vast Southwestern border.

“The true-life tale of the Zetas’ foray into quarter horses is masterfully recounted. . . . [a] finely-painted cast of characters . . . Tone weaves the threads together with skillful pacing and sharp prose, marking him as an important new talent in narrative nonfiction. . . . Tone adds some vivid details [and] digs deep into the colorful world of quarter-horse racing.”—The New York Times Book Review