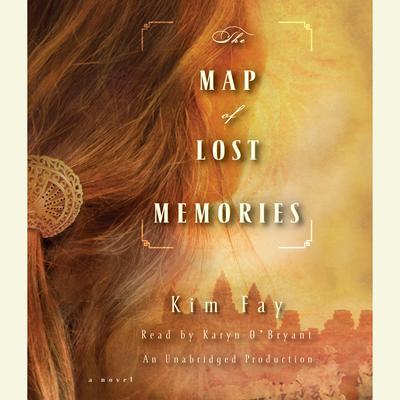 The Map of Lost Memories

“Captivating . . . has qualities any reader would wish for: adventure, romance, history and a vividly described exotic setting.”—The Washington Post

In 1925 the international treasure-hunting scene is a man’s world, and no one understands this better than Irene Blum, who is passed over for a coveted museum curatorship because she is a woman. Seeking to restore her reputation, she sets off from Seattle in search of a temple believed to house the lost history of Cambodia’s ancient Khmer civilization. But her quest to make the greatest archaeological discovery of the century soon becomes a quest for her family’s secrets. Embracing the colorful and corrupt world of colonial Asia in the early 1900s, The Map of Lost Memories takes readers into a forgotten era where nothing is as it seems. As Irene travels through Shanghai's lawless back streets and Saigon’s opium-filled lanes, she joins forces with a Communist temple robber and an intriguing nightclub owner with a complicated past. What they bring to light deep within the humidity-soaked Cambodian jungle does more than change history. It ultimately solves the mysteries of their own lives.

Praise for The Map of Lost Memories

“In The Map of Lost Memories, Kim Fay draws us into a universe as exotic, intense, and historically detailed as the ancient artifacts her unforgettable heroine seeks. It’s a deliciously unexpected journey: Indiana Jones meets Somerset Maugham meets Marguerite Duras.”—Jennifer Cody Epstein, author of The Painter from Shanghai

“A thrilling mix of adventure and personal discovery . . . [Kim] Fay crafts an intricate page-turner that will keep readers breathless and guessing.”—Publishers Weekly

“A ripping good tale . . . mysterious Asian locations . . . a driven young American heroine . . . an era no longer remembered but faded to romantic imagination . . . The Map of Lost Memories pulls the components together in a story that intrigues and rewards.”—Lincoln Journal Star