All Things Cease to Appear

A novel
by Elizabeth Brundage

A dark, riveting, beautifully written book—by “a brilliant novelist,” according to Richard Bausch—that combines noir and the gothic in a story about two families entwined in their own unhappiness, with, at its heart, a gruesome and unsolved murder

Late one winter afternoon in upstate New York, George Clare comes home to find his wife killed and their three-year-old daughter alone—for how many hours?—in her room across the hall. He had recently, begrudgingly, taken a position at a nearby private college (far too expensive for local kids to attend) teaching art history, and moved his family into a tight-knit, impoverished town that has lately been discovered by wealthy outsiders in search of a rural idyll.

George is of course the immediate suspect—the question of his guilt echoing in a story shot through with secrets both personal and professional. While his parents rescue him from suspicion, a persistent cop is stymied at every turn in proving Clare a heartless murderer. And three teenage brothers (orphaned by tragic circumstances) find themselves entangled in this mystery, not least because the Clares had moved into their childhood home, a once-thriving dairy farm. The pall of death is ongoing, and relentless; behind one crime there are others, and more than twenty years will pass before a hard kind of justice is finally served.

A rich and complex portrait of a psychopath and a marriage, this is also an astute study of the various taints that can scar very different families, and even an entire community. Elizabeth Brundage is an essential talent who has given us a true modern classic.

ELIZABETH BRUNDAGE graduated from Hampshire College, attended NYU film school, was a screenwriting fellow at the American Film Institute in Los Angeles, and received an MFA as well as a James Michener Award from the University of Iowa Writers’ Workshop. She has taught at a variety of colleges and universities, most recently at Skidmore College, where she was visiting writer-in-residence. She lives near Albany in upstate New York. 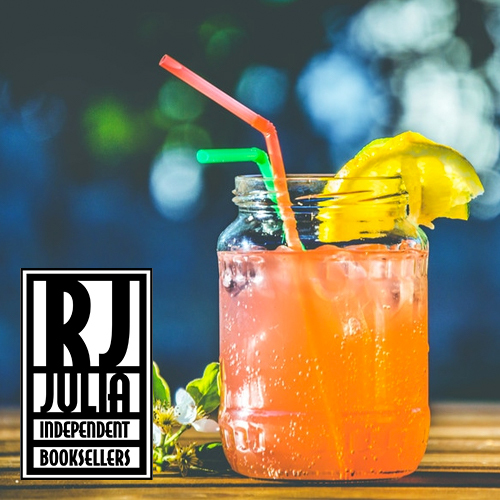 “Mesmerizing . . . Extraordinarily gripping and suspenseful . . . A beautifully written novel that works on many levels. It is thoughtful and lyrical, a penetrating study of a psychopath and a deeply disturbing portrait of a doomed marriage, but also a meditation on the deceptiveness of all appearances and on ‘the big fairy tale of America.” —Kate Horsley, Crimeculture

“A marriage, a sociopath, a family destroyed by the economy, the things we do for love—all finely drawn. . . . All of the [cast] are sympathetic and suspicious in equal measure, a result of Brundage’s ability to peel away the onionskin layers of emotion that define any relationship. As the clues accumulate and the killer is revealed, the truth becomes both horrifying and inevitable.  In the end, justice is done and redemption found, though not at one might expect, which makes the book all the more satisfying.” —Vanessa Friedman, The New York Times Book Review

“A beautifully written treat. . . . as much a disturbing portrait of family and town life as it is a provocative mystery.” —Estelle Tang, Elle

“Unsettling, spellbinding . . . All Things Cease to Appear is a lot of things. It is part mystery, part ghost story. It is infused with the Swedenborgian ideals of marriage and the spiritual world. It is also very much about family, about what can hold a family together and what can tear it asunder. How the disparate pieces of the novel come together into a satisfying whole is its strength . . . Brundage’s novel is indeed ambitious. It is also just plain riveting.” —Steven Whitton, The Anniston Star

“Lyrically written, frequently shocking and immensely moving . . . It was, perhaps, for such extraordinary books that the term ‘literary thriller’ was coined . . . Reading this book is at once wrenching and exhilarating, thanks to Ms. Brundage’s prose, which can make you gasp in astonishment or break your heart with a single line.” —Tom Nolan, The Wall Street Journal

“Exquisitely gut-churning . . . Brundage’s elegant exploration of motive—in all its directions—sets this book apart . . . Paranormal activity hangs in the atmosphere [and] Brundage takes us compellingly inside the perverse machinations of a violently narcissistic mind [that] recalls Patricia Highsmith’s talented Mr. Ripley . . . Brundage’s language is the real draw, with her vivid portraits of spouses on opposite sides of a brutal abyss.” —Sarah Begley, Time

“Superb…think a more literary, and feminist, Gone Girl.  As the seemingly perfect marriage at its core reminds us, the most lethal deceptions are the stories we tell ourselves.” —Megan O’Grady, Vogue

“All Things Cease to Appear is a riveting ghost story, psychological thriller, and literary page turner. It’s also the story of four women: Ella, Catherine, Justine, and Willis. With masterful skill and brilliant empathy, Brundage brings each of them to vivid and remarkable life. At its heart, this is a story about women’s grit and courage, will and intelligence. It’s a powerful and beautiful novel.” —Kate Christensen

“At once high art and a spellbinding thriller, this is a book of many wonders, including a character as creepily sinister as any created by Patricia Highsmith.” —Beverly Lowry

“Brundage’s brilliant new novel is as terrifyingly unsettling—and as beautiful—as cracking ice over a raging river. Part murder mystery, part ghost story, it’s also a profound look at how past guilt informs the present, how what we yearn for is not always what we get, and how it’s not only houses that can be haunted, but people as well. One of the most ambitious, original and gorgeously written novels that I’ve ever read—and been unable to forget.” —Caroline Leavitt

“A dynamic portrait of a young woman coming into her own [and] of a marriage in free fall. . . . It rises to [great] literary heights and promises a soaring mix of mysticism.” —Booklist (starred review)

“I bloody loved this. I could have taken weeks over it, lingering on the harmony and beauty of her language and the creeping delicacy of what was going on - but the plot and the people pull you in. It’s an iceberg in disguise. Beneath the daisies and farmhouses, the drinks parties and local dramas something grand, tense and terrifying is shifting, between men and women, between townies and newcomers, between adults and children. And then a crack shoots through - unexpected light, the clarity of hatred, inevitability...” —Louisa Young Expand reviews