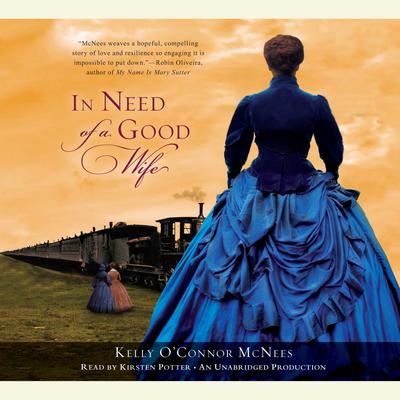 In Need of a Good Wife

A sweeping historical audio of 19th century America about a group of unforgettable women who seek to remake their destinies.
After Clara Bixby is abandoned by her husband and fired from her job in a New York City tavern, she has nowhere to turn. Though the Civil War has ended, life remains uncertain, especially for single women. But when she reads about Destination, Nebraska--a town populated entirely by bachelors--Clara sees a golden business opportunity. She contacts the mayor with a solution: she will match single women in New York City with homesteading bachelors and bring the brides by rail across the wild frontier. This group of women--who range from an upper-class war widow to a Bavarian immigrant--embark with Clara on an epic journey across America in search of security, a new life, and the possibility of love.