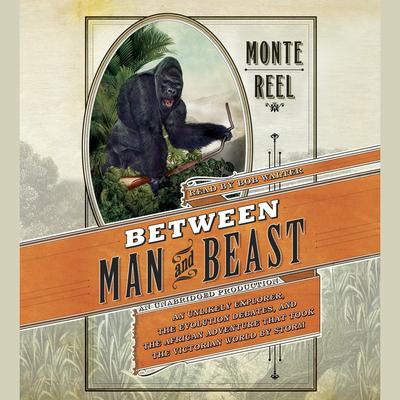 Between Man and Beast

An Unlikely Explorer, the Evolution Debates, and the African Adventure that Took the Victorian World By Storm

The unbelievably riveting adventure of an unlikely young explorer who emerged from the jungles of Africa with evidence of a mysterious, still mythical beast—the gorilla—only to stumble straight into the center of the biggest debate of the day: Darwin's theory of evolution

In 1856 Paul Du Chaillu marched into the equatorial wilderness of West Africa determined to bag an animal that, according to legend, was nothing short of a monster. When he emerged three years later, the summation of his efforts only hinted at what he'd experienced in one of the most dangerous regions on earth. Armed with an astonishing collection of zoological specimens, Du Chaillu leapt from the physical challenges of the jungle straight into the center of the biggest issues of the time—the evolution debate, racial discourse, the growth of Christian fundamentalism—and helped push each to unprecedented intensities. He experienced instant celebrity, but with that fame came whispers—about his past, his credibility, and his very identity—which would haunt the young man. Grand in scope, immediate in detail, and propulsively readable, Between Man and Beast brilliantly combines Du Chaillu's personal journey with the epic tale of a world hovering on the sharp edge of transformation.