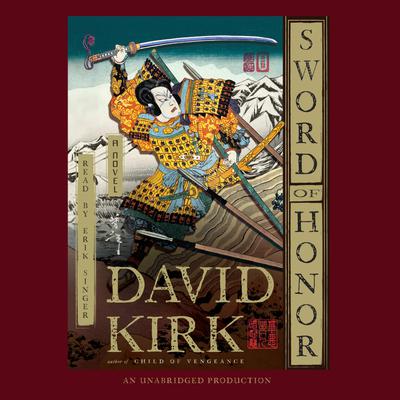 IN THE EPIC HISTORICAL NOVEL SWORD OF HONOR, DAVID KIRK CONTINUES THE SAGA OF MUSASHI MIYAMOTO, THE GREATEST SWORDSMAN IN JAPANESE HISTORY, AS HE JOURNEYS TO THE ANCIENT CITY OF KYOTO TO FIGHT FOR HIS LIFE AND HIS IDEALS.

Having survived the cataclysmic battle of Sekigahara, which established the mighty Tokugawa Shogunate, young Musashi Miyamoto travels through Japan determined to proclaim his revolutionary epiphany that the “way of the samurai,” the ancient code that binds warriors to their masters, needs to be abolished.
But during the battle Musashi insulted an adept of the powerful Yoshioka school, and a price has been put on his head. Musashi is drawn to Kyoto, domain of the Yoshioka, driven by anger and certain that he will deal a crushing blow to the traditional samurai dogma by destroying the school. Musashi will learn, however, that the capital of the nation is rife with intrigue and potential rebellion against the newly established government, a struggle into which he unwittingly enters.
Among other outcasts, Musashi will find the worth of his spectacular skill with the sword weighed against the deep cunning of manipulative Lords, and must make his reckoning with the Yoshioka, the way of the samurai, and ultimately his own nature. Only then will he be able to take one step closer to becoming the wise old sage who wrote The Book of Five Rings.
Sword of Honor seamlessly blends meticulous research, mesmerizing action sequences, and a driving narrative to bring this extraordinary figure to life.

IN THE EPIC HISTORICAL NOVEL SWORD OF HONOR, DAVID KIRK CONTINUES THE SAGA OF MUSASHI MIYAMOTO, THE GREATEST SWORDSMAN IN JAPANESE HISTORY, AS HE JOURNEYS TO THE ANCIENT CITY OF KYOTO TO FIGHT FOR HIS LIFE AND HIS IDEALS. 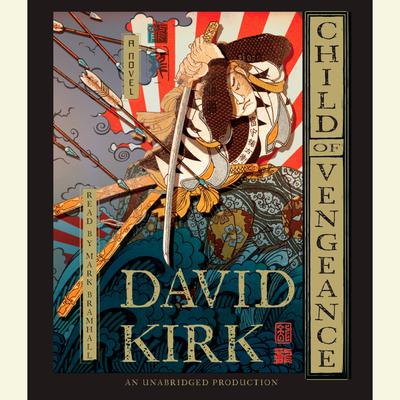 A bold and vivid historical epic of feudal Japan, based on the real-life exploits of the legendary samurai Musashi Miyamoto.

Japan in the late 16th century was a land in turmoil. Lords of the great clans schemed against each other, served by aristocratic samurai bound to them by a rigid code of honor. Bennosuke is a high-born but lonely teenager... Read more »