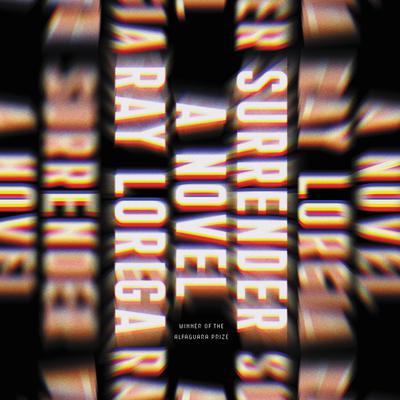 If you enjoyed Blindness, then you’ll love Surrender.

“I loved Surrender by Ray Lorica, which just came out. It’s a strange and disturbing novel about a dystopian future in a fictional country, ten years after a war that no one understands. The whole novel is narrated by one man, without a bit of dialog, just a telling of what’s happening to him, which might not be the truth. The narrator is unreliable, possibly lying to himself, and the reader must interpret the truth. He and his wife live in a house in a rural locale, they are under strict rules of isolation, his sons have gone off to war and have never returned, and one day a mute boy walks onto their land. And then everyone is rounded up and sent to The Transparent City, where the walls are all made of glass and everyone can see everyone, all the time. His relationship with his wife, and the mute boy, as well as his understanding about this society, are all put to the test. There are so many different ways to read this novel—what it says about governments, privacy, our need to feel safe and secure, and what we are possibly capable of doing to each other, and ourselves. Surrender may not be for everyone, but if you loved Blindness by Saramago, or feel the need to read fiction that speaks to what our world might become, read this book.”

From award-winning Spanish author Ray Loriga comes a dystopian novel about authority, manipulation, and the disappearance of privacy that “calls to mind The Handmaid’s Tale by Margaret Atwood [and] Blindness by José Saramago” (Alfaguara Prize Winner Citation).

Ten long years have passed since war first broke out, and one couple still does not know the whereabouts of their children, or what their country is even fighting for. They follow orders and their lives go by simply, routinely, until—one day—a mute boy walks onto their property. When the authorities announce that the area needs to be evacuated and that everyone must relocate to “the transparent city,” the three leave together.

At first, the city proves to be a paradise: a stunning glass dome of endless highways, buildings, trains, and markets. Everything its inhabitants need is provided to them—food, protection, shelter—and the family quickly, unquestioningly, settles into their new life. But, soon, a sinister underlay begins to emerge. Neither secrets nor walls are permitted here, and strict order, authoritarian calm, and transparency must always reign supreme.

In a society in which everything private is public, the most chilling portent of our future emerges. Surrender is an urgent novel about dignity and rebellion and the lengths we go to preserve love, hope, and humanity.