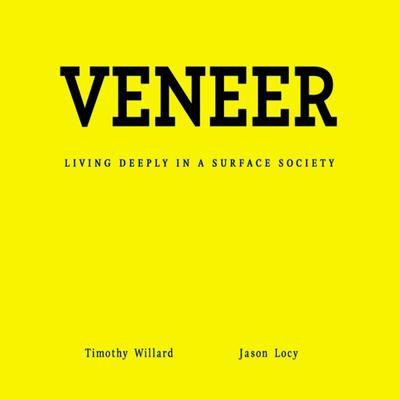 Living Deeply in a Surface Society

The world has a love affair--with itself. Armed with Facebook, Twitter, and blogs, we think of ourselves as mini celebrities, and we use consumption and technology to convince our friends that this facade is who we are.

Veneer illustrates that consumption is more than just acquiring more stuff; it is a potentially dangerous mindset--a mindset turning everything, even people, into products. According to authors Timothy Willard and R. Jason Locy, there is evidence of consumption in all channels of culture--even the church.

Most Christian commentators suggest that the church should speak the language of the congregants. Willard and Locy suggest the opposite approach: if congregants are steeped in a culture of consumption, the church should not speak their language at all. Veneer encourages the church to become a refreshing voice amidst a veneered world, inviting you to lead an unveneered life of freedom, honesty, and beauty.

Taking on an original concept that addresses the potential dangers of consumption and technology, Veneer speaks to many Christians who are unsure how to live with true meaning among the ever-changing trends and technology our culture offers.