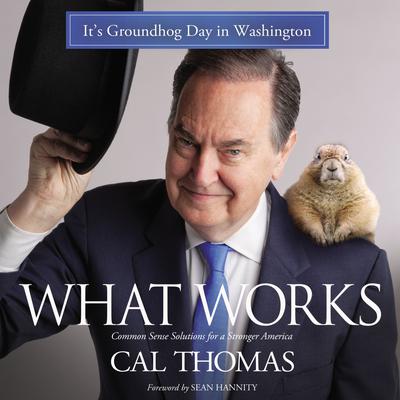 We didn’t just crawl out of a cave. We know what works based on experience. Why must we constantly re-fight the same battles over and over? Our politics and even our spiritual lives too often resemble the film “Groundhog Day” in which actor Bill Murray wakes up and repeats the same event again and again and nothing ever changes, as in present-day Washington.

Why don’t we consult the past and common sense in order to see that what others discovered still works. Wisdom existed before the Internet and other forms of mass communication – and video games, Facebook and Twitter.

Today, we have more information than ever, but less wisdom; more talk, but less listening; more things in the superficial showroom (celebrities are a good example) and less in the intellectual storeroom (that would be knowledge).

We KNOW what works – historically and instinctively—but politics too often gets in the way, as does ignorance. Too few people pay attention and the politicians easily pick their pockets – literally and intellectually.  That’s why Congress has an approval rating lower than cockroaches and colonoscopies and only slightly above pedophiles.

Instead of the constant jockeying for political advantage, suppose we start focusing on what promotes the general welfare, regardless of which party or ideology gets the credit.  It’s amazing what problems can be solved if solutions, not partisan gain, become the goal.

The American public is being “gamed” by politicians, the big media and other “elites,” whose main interest centers on themselves. When was the last story you saw on TV, or read in a newspaper, about anyone pursuing, much less achieving, a solution to any major problem?

This book is about solutions, not theories or an attempt to gain political advantage.  It’s about pressuring our political leadership to forget about the next election and start focusing on the needs of the people who work hard to provide for themselves, send their tax dollars to Washington, and want to see the country achieve something of value as it has always done. How about abandoning things that don’t work and start focusing on what does work?  The alternative is more of the past.  And Bill Murray with the ground hogs.