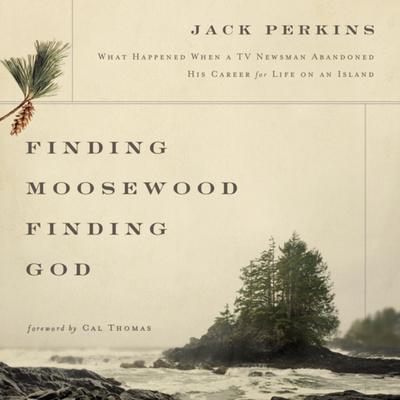 For twenty-five years, millions of Americans watched Jack Perkins on NBC News as a correspondent, commentator, and anchorman. People were familiar with his face, his bearing, and his rich, reassuring bass.

Yet at the age of fifty-two and at the height of his career, Jack Perkins disappeared from the public eye and moved with his wife, Mary Jo, to a bare-necessities cabin on an uninhabited island off the coast ofMaine. This isolated home they came to call Moosewood was the setting for Jack and Mary Jo’s spiritual awakening.

In the busy years of Jack’s career inLos Angeleshe hadn’t felt the need for God. In their new, quiet, and difficult life, though, he began to rethink everything he thought he knew. For thirteen years they endured (and learned to enjoy) snowbound winters, shuttling supplies from the mainland, testing themselves and their marriage, and discovering the rewards of a close-to-nature life, acknowledging that the hand guiding their blessed new lives was the hand of a gracious God who knew them long before they acknowledged him.