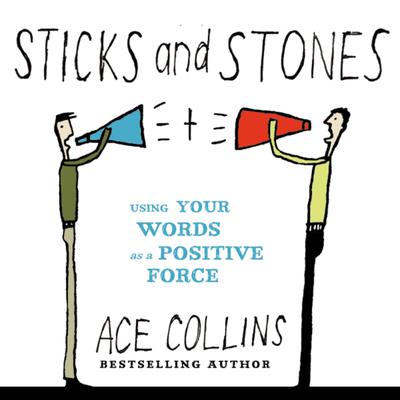 Using Your Words as a Positive Force

In 1966, America was caught up with the television adventures of Batman. At a time when Vietnam and other pressing problems had created great doubts and divisions in the nation, Americans fell in love with this quirky TV show. Batman brought families together while it bridged the generation gap with its simple moral stories and camp humor. Tens of millions saw the Caped Crusader as a positive force for good in a world often overrun with evil and most viewers wished they had such a hero to lift them out of the depressing world they called home. Each episode concluded with a climatic fight scene where Batman and Robin took on the evil villains in an effort to once again save the good citizens of Gotham City. During these titanic battles, words like POW and BAM would fill the screen when the dynamic duo landed their blows, while the words that popped-up as the bad guys swung were most often WHISH and WHOOSH. The WHISH signaled that the villains’ blows had missed their marks, while the POW indicated the superheroes had landed punches that made a mighty impact.Though they have been very successful in their comic book, television, and movie campaigns, Batman and Robin might have even scored more POWS if they had taken to heart Edward Bulwer-Lytton’s words. In his play Richelieu: or the Conspiracy, Bulwer-Lytton wrote the famous line, “The pen is mightier than the sword.” The fact is, when properly used, words can even make a greater and long lasting impact than the most powerful weapons ever constructed. Yet in a time when the average person employs 30,000 words daily through conversation and correspondence, most of those words miss a great deal more than they hit. Like the villains blows on the old Batman TV show, they just don’t make any lasting impact. Properly used language can and should have that positive POW impact. Words should cause people to stop, think, and grow. They should bring comfort, cheer, and inspiration. They should literally change the world by influencing individuals in a positive manner. While what we say or write may never be quoted like Lincoln’s Gettysburg Address or Paul’s love passage in Corinthians, even in the most elementary fashion, with just a little thought and effort, each of us can cause our family, friends, coworkers, or even complete strangers to try to meet their highest goals or reach down to lift another up.This book outlines simple ways in which everyone can put POW into their language. Through conversations, email, letters, phone calls, thank yous, and instruction, this book spells out methods and ways to employ words that will literally change the world in which each of us lives. There is nothing revolutionary in this book, just a simple formula for making words a positive force in what has become a very negative world. In these pages are the time-tested ways laid out in an easy-to-use blueprint that will put the POW into our language, thus expanding our ability to influence others in a positive way.