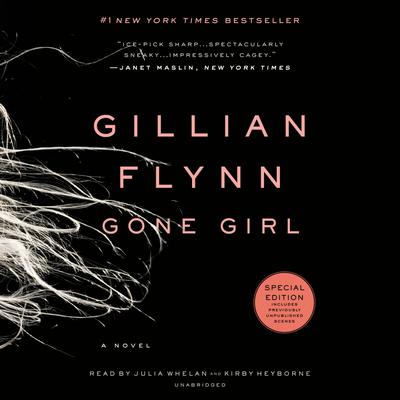 On a warm summer morning in North Carthage, Missouri, it is Nick and Amy Dunne’s fifth wedding anniversary. Presents are being wrapped and reservations are being made when Nick’s clever and beautiful wife disappears. Husband-of-the-Year Nick isn’t doing himself any favors with cringe-worthy daydreams about the slope and shape of his wife’s head, but passages from Amy’s diary reveal the alpha-girl perfectionist could have put anyone dangerously on edge. Under mounting pressure from the police and the media—as well as Amy’s fiercely doting parents—the town golden boy parades an endless series of lies, deceits, and inappropriate behavior. Nick is oddly evasive, and he’s definitely bitter—but is he really a killer?

“The plot has it all. I have no doubt that in a year’s time I’m going to be saying that this is my favorite novel of 2012. Brilliant.” 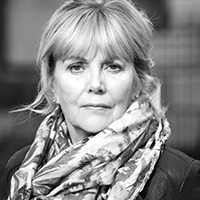 Kate Atkinson, bestselling author of A God In Ruins and Case Histories

“Gone Girl . . . delivers the reader into the claustrophobic world of a failing marriage. We all know the story, right? Beautiful wife disappears; husband doesn't seem as distraught as he should be under the circumstances. But Flynn takes this sturdy trope of the 24-hour news cycle and turns it inside out, providing a devastating portrait of a marriage and a timely, cautionary tale about an age in which everyone's dreams seem to be imploding.” 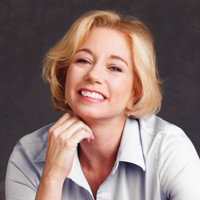 Laura Lippman, bestselling author of The Most Dangerous Thing and After I'm Gone 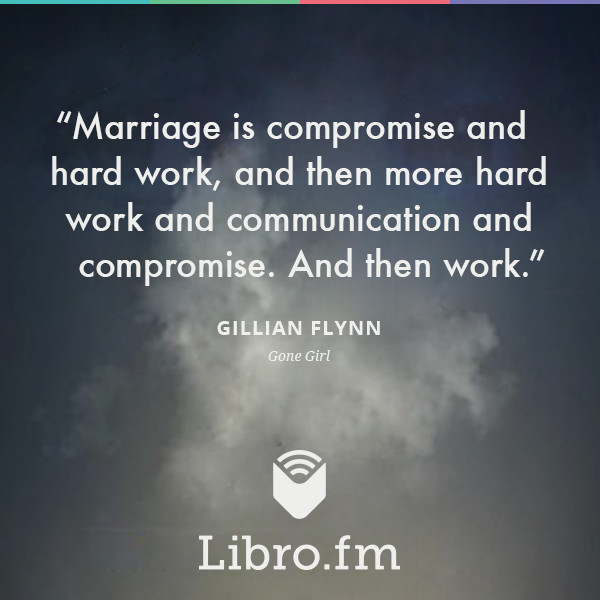 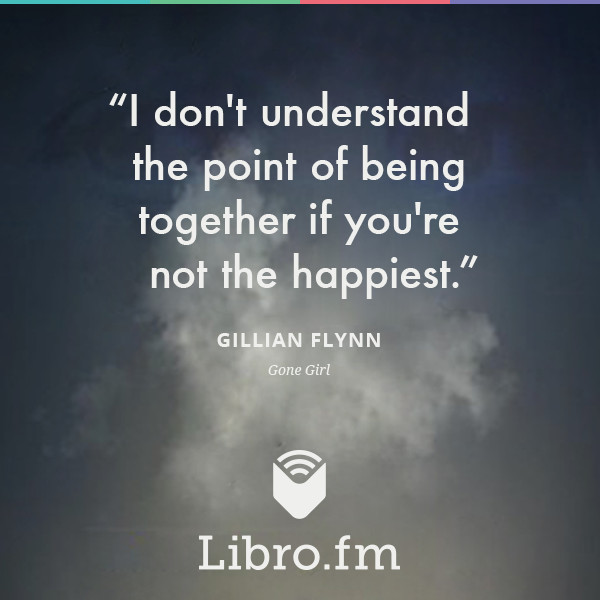 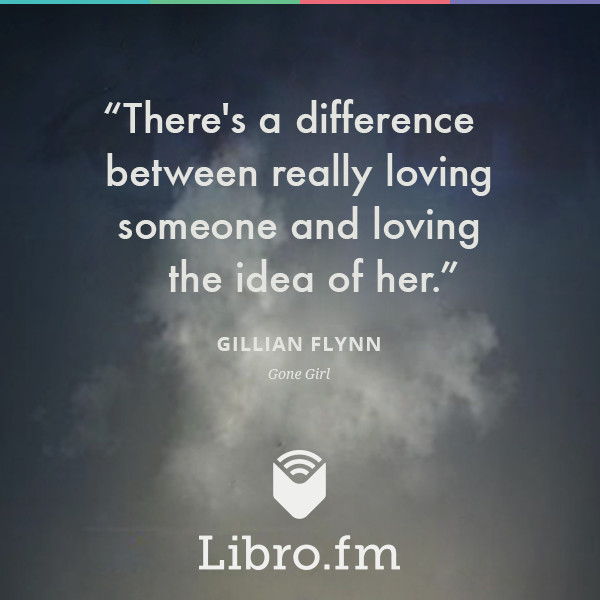 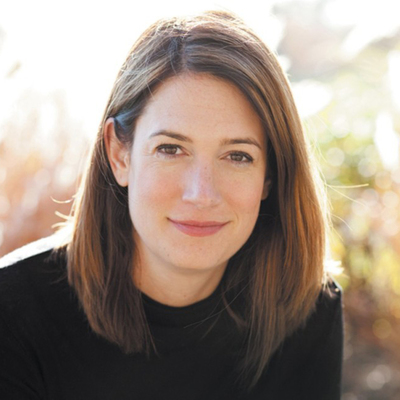 Gillian Flynn is the author of the runaway hit Gone Girl, an international sensation that has spent more than ninety-five weeks on the New York Times bestseller list. Her work has been published in forty languages. Gone Girl is also now a major motion picture from Twentieth Century Fox. Flynn’s previous novels, Dark Places and Dagger Award winner Sharp Objects, were also New York Times bestsellers. A former writer and critic for Entertainment Weekly, she lives in Chicago with her husband and children.

“Gillian Flynn’s third novel is both breakneck-paced thriller and masterful dissection of marital breakdown. . . . Wickedly plotted and surprisingly thoughtful, this is a terrifically good read.”

“Weaving around Nick’s story, Julia Whelan dishes up Amy’s diaries, beginning when Amy and Nick first met, with a tone of the doting and loving wife who lives to please. Soon it’s clear that neither Amy nor Nick is to be taken at face value. The nuances heard in both Whelan’s and Heyborne’s narrations heighten the suspense and support the intricacies of the plot.”

“Flynn cements her place among that elite group of mystery/thriller writers who unfailingly deliver the goods. . . . Once again Flynn has written an intelligent, gripping tour de force, mixing a riveting plot and psychological intrigue with a compelling prose style that unobtrusively yet forcefully carries the reader from page to page.”

Gone Girls, Found: Talking With the Authors of ‘Gone Girl’ and ‘Wild’
The New York Times

The Marriage Is The Real Mystery In 'Gone Girl'
NPR 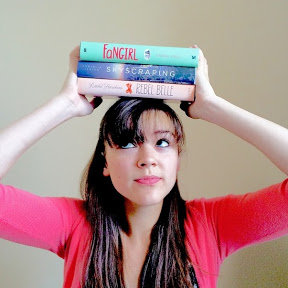 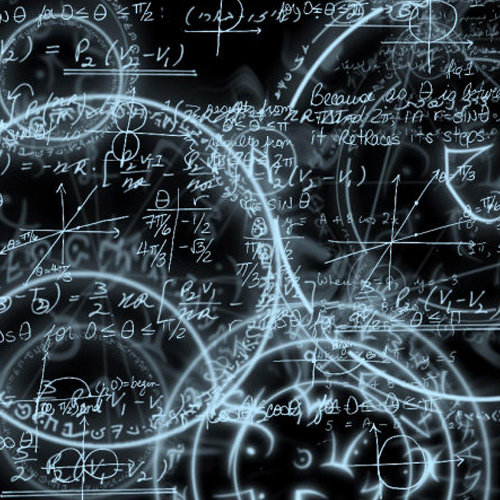 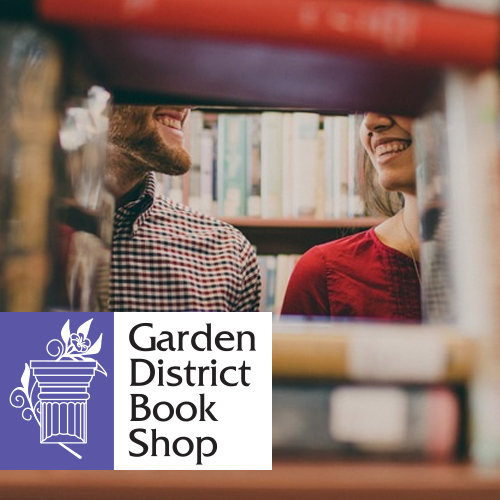 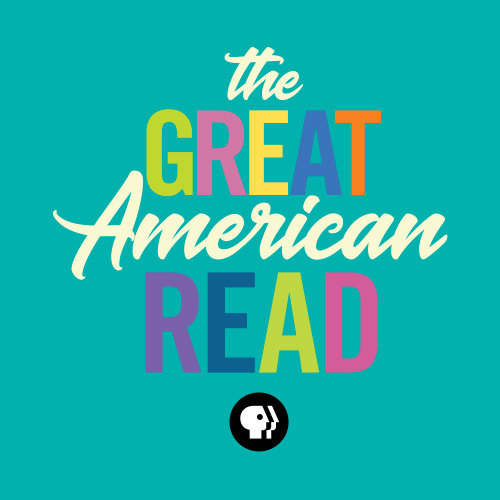