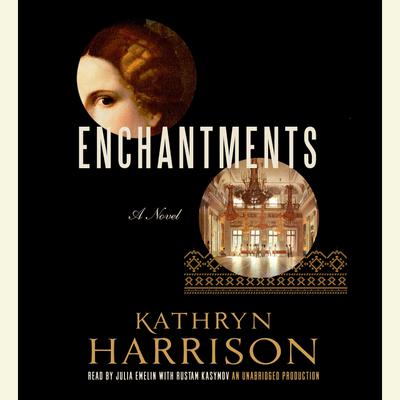 A novel of Rasputin's daughter and the Romanovs

From Kathryn Harrison, one of America’s most admired literary voices, comes a gorgeously written, enthralling novel set in the final days of Russia’s Romanov Empire.

St. Petersburg, 1917. After Rasputin’s body is pulled from the icy waters of the Neva River, his eighteen-year-old daughter, Masha, is sent to live at the imperial palace with Tsar Nikolay and his family—including the headstrong Prince Alyosha. Desperately hoping that Masha has inherited Rasputin’s miraculous healing powers, Tsarina Alexandra asks her to tend to Aloysha, who suffers from hemophilia, a blood disease that keeps the boy confined to his sickbed, lest a simple scrape or bump prove fatal.

Two months after Masha arrives at the palace, the tsar is forced to abdicate, and Bolsheviks place the royal family under house arrest. As Russia descends into civil war, Masha and Alyosha grieve the loss of their former lives, finding solace in each other’s company. To escape the confinement of the palace, they tell stories—some embellished and some entirely imagined—about Nikolay and Alexandra’s courtship, Rasputin’s many exploits, and the wild and wonderful country on the brink of an irrevocable transformation. In the worlds of their imagination, the weak become strong, legend becomes fact, and a future that will never come to pass feels close at hand.

Mesmerizing, haunting, and told in Kathryn Harrison’s signature crystalline prose, Enchantments is a love story about two people who come together as everything around them is falling apart.