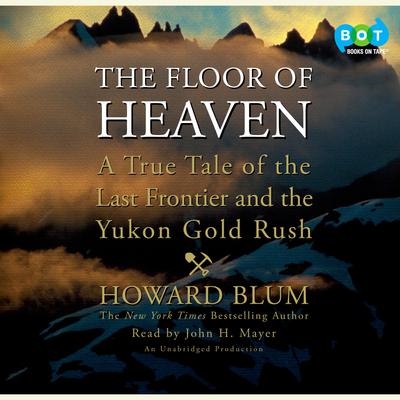 The Floor of Heaven

It is the last decade of the 19th century. The Wild West has been tamed and its fierce, independent and often violent larger-than-life figures--gun-toting wanderers, trappers, prospectors, Indian fighters, cowboys, and lawmen--are now victims of their own success. But then gold is discovered in Alaska and the adjacent Canadian Klondike and a new frontier suddenly looms: an immense unexplored territory filled with frozen waterways, dark spruce forests, and towering mountains capped by glistening layers of snow and ice.

In a true-life tale that rivets from the first page, we meet Charlie Siringo, a top-hand sharp-shooting cowboy who becomes one of the Pinkerton Detective Agency’s shrewdest; George Carmack, a California-born American Marine who’s adopted by an Indian tribe, raises a family with a Taglish squaw, and makes the discovery that starts off the Yukon Gold Rush; and Jefferson "Soapy" Smith, a sly and inventive conman who rules a vast criminal empire.

As we follow this trio’s lives, we’re led inexorably into a perplexing mystery: a fortune in gold bars has somehow been stolen from the fortress-like Treadwell Mine in Juneau, Alaska. Charlie Siringo discovers that to run the thieves to ground, he must embark on a rugged cross-territory odyssey that will lead him across frigid waters and through a frozen wilderness to face down "Soapy" Smith and his gang of 300 cutthroats. Hanging in the balance: George Carmack’s fortune in gold.

At once a compelling true-life mystery and an unforgettable portrait of a time in America’s history, The Floor of Heaven is also an exhilarating tribute to the courage and undaunted spirit of the men and women who helped shape America.