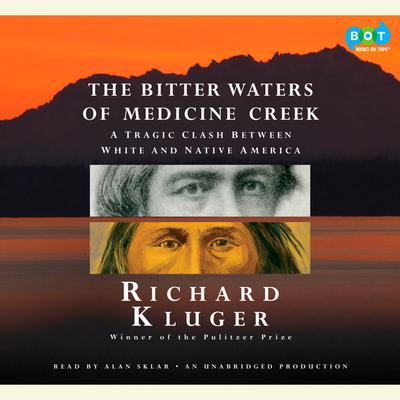 The Bitter Waters of Medicine Creek

A Tragic Clash Between White and Native America

The riveting story of a dramatic confrontation between Native Americans and white settlers, a compelling conflict that unfolded in the newly created Washington Territory from 1853 to 1857.

When appointed Washington’s first governor, Isaac Ingalls Stevens, an ambitious military man turned politician, had one goal: to persuade (peacefully if possible) the Indians of the Puget Sound region to turn over their ancestral lands to the federal government. In return, they were to be consigned to reservations unsuitable for hunting, fishing, or grazing, their traditional means of sustaining life. The result was an outbreak of violence and rebellion, a tragic episode of frontier oppression and injustice.

With his trademark empathy and scholarly acuity, Pulitzer Prize–winner Richard Kluger recounts the impact of Stevens’s program on the Nisqually tribe, whose chief, Leschi, sparked the native resistance movement. Stevens was determined to succeed at any cost: his hasty treaty negotiations with the Indians, marked by deceit, threat, and misrepresentation, inflamed his opponents. Leschi, resolved to save more than a few patches of his people’s lush homelands, unwittingly turned his tribe—and himself most of all—into victims of the governor’s relentless wrath. The conflict between these two complicated and driven men—and their supporters—explosively and enormously at odds with each other, was to have echoes far into the future.

Closely considered and eloquently written, The Bitter Waters of Medicine Creek is a bold and long-overdue clarification of the historical record of an American tragedy, presenting, through the experiences of one tribe, the history of Native American suffering and injustice.