NOW A MAJOR MOTION PICTURE FROM HBO® STARRING OPRAH WINFREY AND ROSE BYRNE • ONE OF THE “MOST INFLUENTIAL” (CNN), “DEFINING” (LITHUB), AND “BEST” (THE PHILADELPHIA INQUIRER) BOOKS OF THE DECADE • ONE OF ESSENCE’S 50 MOST IMPACTFUL BLACK BOOKS OF THE PAST 50 YEARS • WINNER OF THE CHICAGO TRIBUNE HEARTLAND PRIZE FOR NONFICTION

Her name was Henrietta Lacks, but scientists know her as HeLa. She was a poor Southern tobacco farmer who worked the same land as her slave ancestors, yet her cells—taken without her knowledge—became one of the most important tools in medicine: The first “immortal” human cells grown in culture, which are still alive today, though she has been dead for more than sixty years. HeLa cells were vital for developing the polio vaccine; uncovered secrets of cancer, viruses, and the atom bomb’s effects; helped lead to important advances like in vitro fertilization, cloning, and gene mapping; and have been bought and sold by the billions.

Henrietta’s family did not learn of her “immortality” until more than twenty years after her death, when scientists investigating HeLa began using her husband and children in research without informed consent. And though the cells had launched a multimillion-dollar industry that sells human biological materials, her family never saw any of the profits. As Rebecca Skloot so brilliantly shows, the story of the Lacks family—past and present—is inextricably connected to the dark history of experimentation on African Americans, the birth of bioethics, and the legal battles over whether we control the stuff we are made of.

Over the decade it took to uncover this story, Rebecca became enmeshed in the lives of the Lacks family—especially Henrietta’s daughter Deborah. Deborah was consumed with questions: Had scientists cloned her mother? Had they killed her to harvest her cells? And if her mother was so important to medicine, why couldn’t her children afford health insurance?

Intimate in feeling, astonishing in scope, and impossible to put down, The Immortal Life of Henrietta Lacks captures the beauty and drama of scientific discovery, as well as its human consequences.

Rebecca Skloot is an award-winning science writer whose work has appeared in The New York Times Magazine; O, The Oprah Magazine; Discover; and many others. She is coeditor of The Best American Science Writing 2011 and has worked as a correspondent for NPR’s Radiolab and PBS’s Nova ScienceNOW. She was named one of five surprising leaders of 2010 by the Washington Post. Skloot's debut book, The Immortal Life of Henrietta Lacks, took more than a decade to research and write, and instantly became a New York Times bestseller. It was chosen as a best book of 2010 by more than sixty media outlets, including Entertainment Weekly, People, and the New York Times. It is being translated into more than twenty-five languages, adapted into a young reader edition, and being made into an HBO film produced by Oprah Winfrey and Alan Ball. Skloot is the founder and president of The Henrietta Lacks Foundation. She has a B.S. in biological sciences and an MFA in creative nonfiction. She has taught creative writing and science journalism at the University of Memphis, the University of Pittsburgh, and New York University. She lives in Chicago. 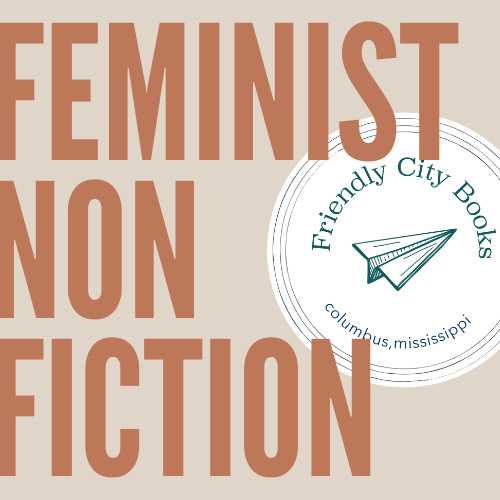 “I could not put the book down . . . The story of modern medicine and bioethics—and, indeed, race relations—is refracted beautifully, and movingly.”
—Entertainment Weekly

“The Immortal Life of Henrietta Lacks is a triumph of science writing...one of the best nonfiction books I have ever read.” —Wired.com

“A deftly crafted investigation of a social wrong committed by the medical establishment, as well as the scientific and medical miracles to which it led.”
—Washington Post

“A real-life detective story, The Immortal Life of Henrietta Lacks probes deeply into racial and ethical issues in medicine . . . The emotional impact of Skloot’s tale is intensified by its skillfully orchestrated counterpoint between two worlds.”
—Nature

“A jaw-dropping true story . . . raises urgent questions about race and research for ‘progress’ . . . an inspiring tale for all ages.” —Essence

“This extraordinary account shows us that miracle workers, believers, and con artists populate hospitals as well as churches, and that even a science writer may find herself playing a central role in someone else’s mythology.” —The New Yorker

“Has the epic scope of Greek drama, and a corresponding inability to be easily
explained away.” —SF Weekly

“One of the great medical biographies of our time.” —The Financial Times

“Like any good scientific research, this beautifully crafted and painstakingly researched book raises nearly as many questions as it answers . . . In a time when it’s fashionable to demonize scientists, Skloot generously does not pin any sins to the lapels of the researchers. She just lets them be human . . . [and] challenges much of what we believe of ethics, tissue ownership, and humanity.” —Science

“Indelible . . . The Immortal Life of Henrietta Lacks is a heroic work of cultural and medical journalism.” —Laura Miller, Salon.com

“No dead woman has done more for the living . . . a fascinating, harrowing, necessary book.” —Hilary Mantel, The Guardian (U.K.)

“The Immortal Life of Henrietta Lacks does more than one book ought to be able to do.” —Dallas Morning News

“Above all it is a human story of redemption for a family, torn by loss, and for a writer with a vision that would not let go.” —Boston Globe

“This remarkable story of how the cervical cells of the late Henrietta Lacks, a poor black woman, enabled subsequent discoveries from the polio vaccine to in vitro fertilization is extraordinary in itself; the added portrayal of Lacks's full life makes the story come alive with her humanity and the palpable relationship between race, science, and exploitation." —Paula J. Giddings, author of Ida, A Sword Among Lions; Elizabeth A. Woodson 1922 Professor, Afro-American Studies, Smith College

“Extraordinary . . . If science has exploited Henrietta Lacks [Skloot] is determined not to. This biography ensures that she will never again be reduced to cells in a petri dish: she will always be Henrietta as well as HeLa.” —The Telegraph (U.K.)

“Brings the Lacks family alive . . . gives Henrietta Lacks another kind of immortality—this one through the discipline of good writing.” —Baltimore Sun

“A work of both heart and mind, driven by the author’s passion for the story, which is as endlessly renewable as HeLa cells.” —Los Angeles Times

“In this gripping, vibrant book, Rebecca Skloot looks beyond the scientific marvels to explore the ethical issues behind a discovery that may have saved your life.”
—Mother Jones

“More than ten years in the making, it feels like the book Ms. Skloot was born to write . . . Skloot, a young science journalist and an indefatigable researcher, writes about Henrietta Lacks and her impact on modern medicine from almost every conceivable angle and manages to make all of them fascinating . . . a searching moral inquiry into greed and blinkered lives . . . packed with memorable characters.” —Dwight Garner, New York Times, Top Ten Book of 2010

“Astonishing . . .No matter how much you may know about basic biology, you will be amazed by this book." —The Journal of Clinical Investigation

“Rebecca Skloot did her job, and she did it expertly . . . A riveting narrative that is wholly original.” —THEROOT.COM

“The Immortal Life of Henrietta Lacks is a fascinating look at the woman whose cultured cells—the first to grow and survive indefinitely, harvested without compensation or consent—have become essential to modern medicine.” —Vogue

“The Immortal Life of Henrietta Lacks is a remarkable feat of investigative journalism and a moving work of narrative nonfiction that reads with the vividness and urgency of fiction. It also raises sometimes uncomfortable questions with no clear-cut answers about whether people should be remunerated for their physical, genetic contributions to research and about the role of profit in science.”
—National Public Radio

“An indelible, marvelous story as powerful as those cells.” —Philadelphia Inquirer

“As much an act of justice as one of journalism.” —Seattle Times

“A stunning book . . . surely the definitive work on the subject.” —The Independent(U.K.)

“Graceful . . . I can’t think of a better way to capture the corrosive effects of ethical transgressions in medical research. It’s a heartbreaking story, beautifully rendered.” —The Lancet

“Read this . . . By letting the Lackses be people, and by putting them in the center of the history, Skloot turns just another tale about the march of progress into a complicated portrait of the interaction between science and human lives. —BOINGBOING.NET

“[A] remarkable and moving book . . . a vivid portrait of Lacks that should be as abiding as her cells.” —The Times (U.K.)

“I can’t imagine a better tale. A detective story that’s at once mythically large and painfully intimate. I highly recommend this book.” —Jad Abumrad, Radiolab

“Skloot is a terrific popularizer of medical science, guiding readers through this dense material with a light and entertaining touch.” —The Globe and Mail (Canada)

“A rare and powerful combination of race, class, gender,medicine, bioethics, and intellectual property; far more rare is the writer that can so clearly fuse those disparate threads into a personal story so rich and compelling.” —Seed

“Powerful story . . . I feel moved even to say on behalf of the thousands of anonymous black men and women who’ve been experimented on for medical purposes, thank you. Thank you for writing this important book.” —Kali-AhsetAmen, Radio Diaspora

“Skloot has written an important work of immersive nonfiction that brings not only the stories of Henrietta Lacks and HeLa once more into line, but also catharsis to a family in sore need of it.” —The Times Literary Supplement

“Skloot explores human consequences of the intersection of science and business, rescuing one of modern medicine’s inadvertent pioneers from an unmarked grave.” —US News & World Report

“Remarkably balanced and nonjudgmental . . . The Immortal Life of Henrietta Lacks will leave readers reeling, plain and simple. It has a power and resonance rarely found in any genre, and is a subject that touches each of us, whether or not we are aware of our connection to Henrietta’s gift.” —The Oregonian

“This is the perfect book. It reads like a novel but has the intellectual substance of a science textbook or a historical biography.” —The Daily Nebraskan

“Illuminates what happens when medical research is conducted within an unequal health-care system and delivers an American narrative fraught with intrigue, tragedy, triumph, pathos, and redemption.” —MS.

“A tremendous accomplishment —a tale of important science history that reads like a terrific novel.” —Kansas City Star

“Defies easy categorization . . . as unpredictable as any pulp mystery and as strange as any science fiction.” —Willamette Week

“An achievement . . . navigates both the technical and deeply personal sides of the HeLa story with clarity and care.” —The Portland Mercury

“An essential reminder that all human cells grown in labs across the world, HeLa or otherwise, came from individuals with fears, desires, and stories to tell.”
—Chemical & Engineering News

“Blows away the notion that science writing must be the literary equivalent to Ambien.” —Chicago Tribune

“Seldom do you read a book that is science, social history, and a page turner.” —British Medical Journal

“Thrilling and original nonfiction that refuses to be shoehorned into anything as trivial as a genre. It is equal parts popular science, historical biography, and detective novel.” —Ed Yong, DISCOVER.COM

“Thanks to Rebecca Skloot, we may now remember Henrietta—who she was, how she lived, how she died.” —The New Republic 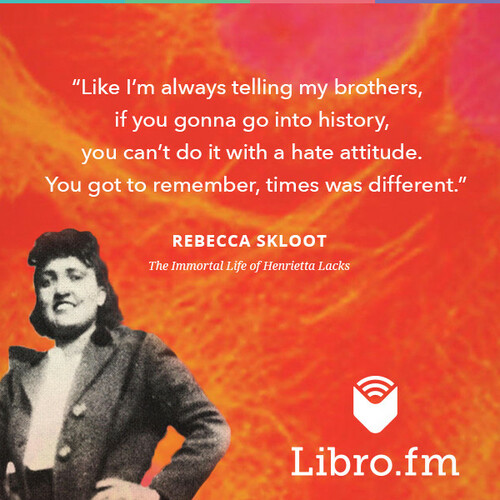 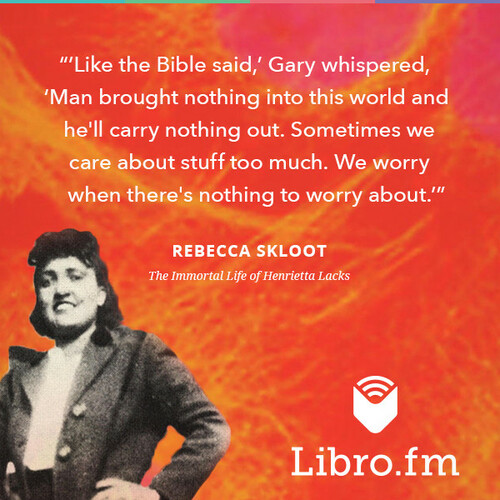 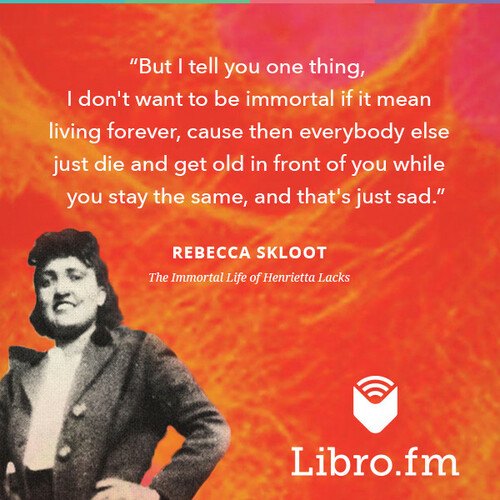