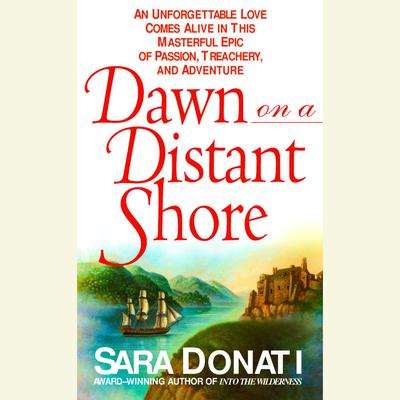 Dawn On A Distant Shore

Elizabeth and Nathaniel Bonner have settled into their life together at the edge of the New York wilderness in the winter of 1794. Soon word reaches them that Nathaniel's father has been arrested by crown officials in British Canada. Nathaniel sets out, determined to see his father freed. Instead, Nathaniel is imprisoned and finds himself in danger of being hanged as a spy. Elizabeth soon discovers that freeing Nathaniel will take every ounce of her courage and inventiveness. Torn apart, the Bonners must embark on another voyage...this time to the heart of Scotland where a wealthy Earl claims kinship with Nathaniel's father. With this journey, a whole new world opens up to Nathaniel and Elizabeth - and a destiny they could never have imagined awaits them.

"Better buy some midnight oil, for this hugely satisfying novel is a page-turner." (Orlando Sentinel)