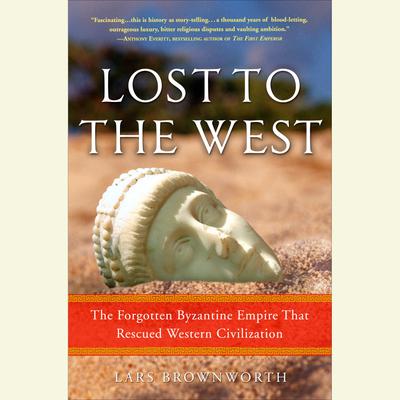 Lost to the West

Filled with unforgettable stories of emperors, generals, and religious patriarchs, as well as fascinating glimpses into the life of the ordinary citizen, Lost to the West reveals how much we owe to the Byzantine Empire that was the equal of any in its achievements, appetites, and enduring legacy.

For more than a millennium, Byzantium reigned as the glittering seat of Christian civilization. When Europe fell into the Dark Ages, Byzantium held fast against Muslim expansion, keeping Christianity alive.  Streams of wealth flowed into Constantinople, making possible unprecedented wonders of art and architecture. And the emperors who ruled Byzantium enacted a saga of political intrigue and conquest as astonishing as anything in recorded history.

Lost to the West is replete with stories of assassination, mass mutilation and execution, sexual scheming, ruthless grasping for power, and clashing armies that soaked battlefields with the blood of slain warriors numbering in the tens of thousands.