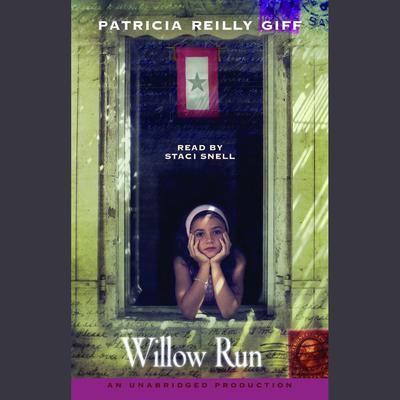 1944
Meggie Dillon’s life has been turned upside down by World War II. Her older brother Eddie enlisted and was shipped off to fight in Europe. And people say that anywhere else Grandpa would be turned in because he’s German, and people might think he’s a spy. Is it true? Could Grandpa be taken away?
Meggie’s father has announced that they must help the war effort and move to Willow Run, Michigan, where he’ll work nights in a factory building important war planes that will help fight the enemy in Europe. Willow Run will be the greatest adventure ever, Meggie thinks. There she meets Patches and Harlan, other kids like her whose parents have come here to do their part in the war. And there she faces questions about courage, and what it takes to go into battle, like Eddie, and how to keep hope alive on the home front.