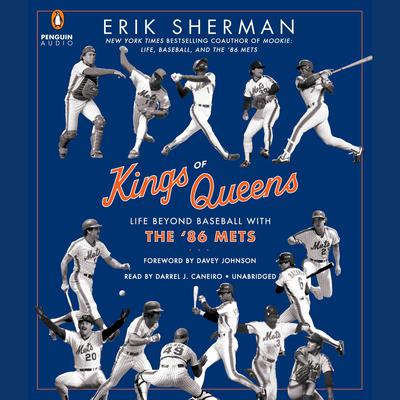 Life Beyond Baseball with '86 Mets

In 1986, the bad guys of baseball won the World Series. Now, Erik Sherman, the New York Times bestselling coauthor of Mookie, profiles key players from that infamous Mets team, revealing never-before-exposed details about their lives after that championship year…as well as a look back at the magical season itself.

Darryl Strawberry, Doc Gooden, Keith Hernandez, Lenny Dykstra, Mookie Wilson, Howard Johnson, Doug Sisk, Rafael Santana, Bobby Ojeda, Wally Backman, Kevin Mitchell, Ed Hearn, Danny Heep, and the late Gary Carter were all known for their heroics on the field. For some of them—known as the “Scum Bunch”—their debauchery off the field was even more awe-inspiring. But when that golden season ended, so did their aura of invincibility. Some faced battles with addiction, some were traded, and others struggled just to keep their lives together.

Through interviews with these legendary players, Erik Sherman offers fans a new perspective on a team that will forever be remembered in sports history.