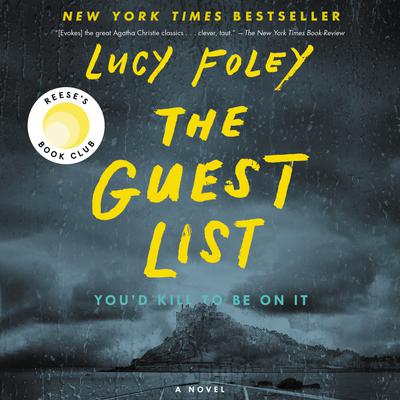 A wedding celebration turns dark and deadly in this deliciously wicked and atmospheric thriller reminiscent of Agatha Christie from the New York Times bestselling author of The Hunting Party.

“Tangled secrets and dark, haunting pasts unravel at the posh wedding of celebrities Will and Jules. As the tension mounted and more was revealed, I couldn’t stop listening until I knew not only “whodunnit”, but to whom it was done. Foley tells her tale from alternating viewpoints, bringing us gradually and suspensefully into the minds and hearts of her characters. A riveting psychological thriller and murder mystery, The Guest List presents a story as dark as the stormy remote island on which it unfolds.”

On an island off the coast of Ireland, guests gather to celebrate two people joining their lives together as one. The groom: handsome and charming, a rising television star. The bride: smart and ambitious, a magazine publisher. It’s a wedding for a magazine, or for a celebrity: the designer dress, the remote location, the luxe party favors, the boutique whiskey. The cell phone service may be spotty and the waves may be rough, but every detail has been expertly planned and will be expertly executed.

But perfection is for plans, and people are all too human. As the champagne is popped and the festivities begin, resentments and petty jealousies begin to mingle with the reminiscences and well wishes. The groomsmen begin the drinking game from their school days. The bridesmaid not-so-accidentally ruins her dress. The bride’s oldest (male) friend gives an uncomfortably caring toast.

And then someone turns up dead. Who didn’t wish the happy couple well? And perhaps more important, why? 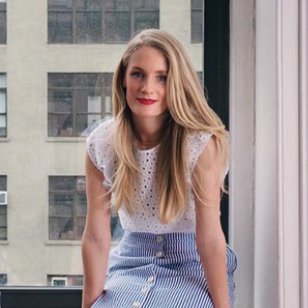 Lucy Foley studied English Literature at Durham and UCL universities. She then worked for several years as a fiction editor in the publishing industry – during which time she also wrote her debut, The Book of Lost and Found. Lucy now writes full-time, and is busy travelling (for research, naturally!) and working on her next novel.

“Lucy Foley has done it again....Cozy up with this whodunnit and watch the hours fly by.”

“No one may have come to the island intending to murder, but this destination wedding spirals into mayhem when it’s slowly revealed that most everyone in attendance is capable of becoming a lusting-for-revenge killer.”

“[Foley’s] puzzle is solid, she plays fair with the reader, and overall her story is swift and entertaining.”