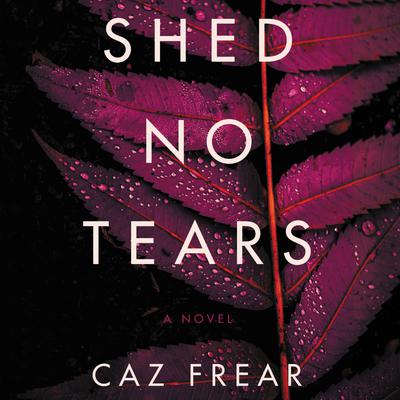 “Caz Frear’s third installment of Cat Kinsella mysteries doesn’t disappoint! Kinsella is whip smart, takes no nonsense, and is a wry-one-liner machine. In their newest case, Kinsella and her partner, Luigi Parnell, find a connection to a serial killer. Christopher Masters was arrested for the kidnapping and murder of four women six years ago. His final victim wasn’t found until now, so Kinsella may finally have the evidence to close the case once and for all. But as they dive back into a cold case, they find some troubling issues. As they dig deeper, they head into a rabbit hole they may never be able to get out of. Wonderfully twisty and satisfyingly puzzling, the newest mystery by Frear is a must for all thriller fans.”

Four victims. Killer caught. Case closed. . . or is it?

Growing up in a London family with ties to organized crime, Detective Constable Cat Kinsella knows the criminal world better than most cops do. As a member of the city’s Metropolitan Police, she’s made efforts to distinguish herself from her relatives. But leading an upstanding life isn’t always easy, and Cat has come close to crossing the line, a fact she keeps well hidden from her superiors.

Working their latest case, Cat and her partner Luigi Parnell discover a connection to a notorious criminal: serial killer Christopher Masters, who abducted and killed several women in 2012. Though the cops eventually apprehended him, his final victim, Holly Kemp, was never found and he never confessed to her murder, despite the solid eyewitness testimony against him. Now, six years later, the discovery of Holly’s remains near Cambridge seems to be the definitive proof needed to close the case.

Still, a few key items of evidence don’t quite line up. As Cat and Parnell look closer, they find discrepancies that raise troubling questions. But someone will do anything to keep past secrets hidden—and as they inch closer to the truth, they may be putting themselves in jeopardy . . .